BSF guns down Pak drone in Amritsar : The Tribune India 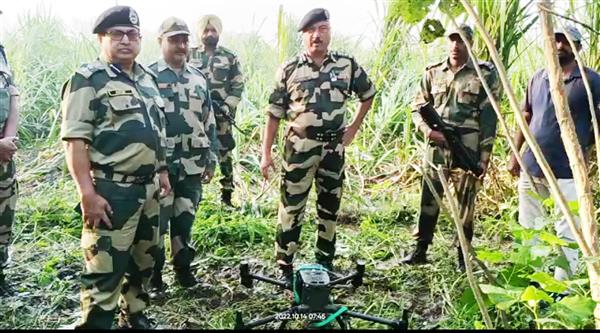 Alert jawans of the 73rd Battalion of the Border Security Force (BSF) shot down a drone near the Shahpur border outpost at the India-Pakistan border falling in the Ramdass area of Ajnala subdivision here in the wee hours of Friday.

Another spotted in Ferozepur

After hearing the buzzing sound of a drone, BSF jawans fired indiscriminately in the direction after firing three illumination bombs to sight it in the area around 4.35 am. Around 17 rounds were fired by the BSF. The drone was hit during firing and fell into a field of sugarcane at Bhaini Gill village.