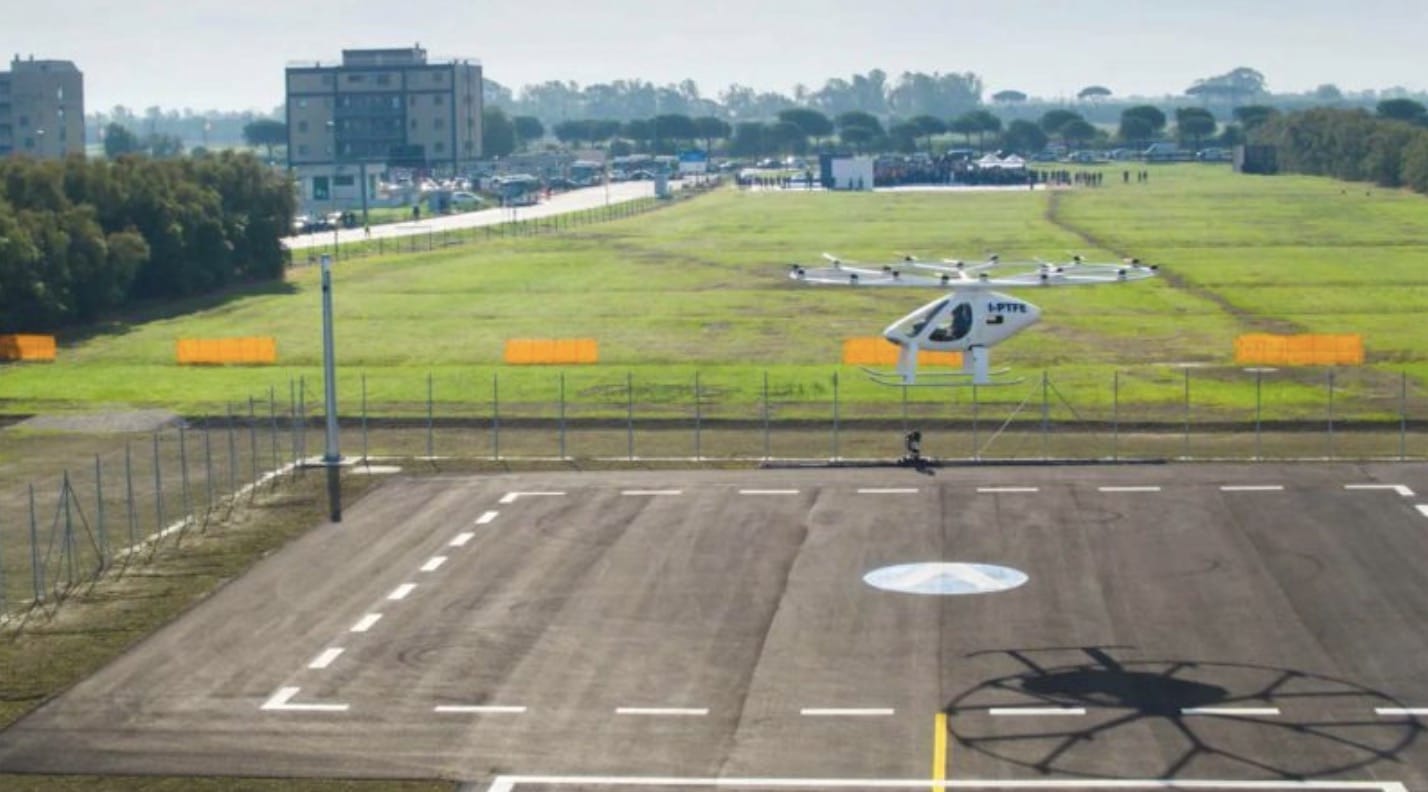 Last week, Volocopter successfully completed a manned test flight with the VoloCity air taxi over Rome’s international Airport. The plan is to create a regular connection between the airport and the city center of Rome by the end of 2024. A first vertiport was constructed at the airport, especially for this purpose.

It still takes about 45 minutes by car to get to the city center from Rome Airport. But during rush hour, that can easily increase to more than an hour. An alternative is a train, which takes about half an hour.

An option may be added in the near future, namely a ride by air taxi. It would only take him twenty minutes. That is, in any case, the plan of the German company Volocopter, the developer of the two-person VoloCity air taxi. Last week, the first manned test flight was made over Fiumicino’s Leonardo Da Vinci Airport from a newly constructed vertiport.

During the test flight, a…