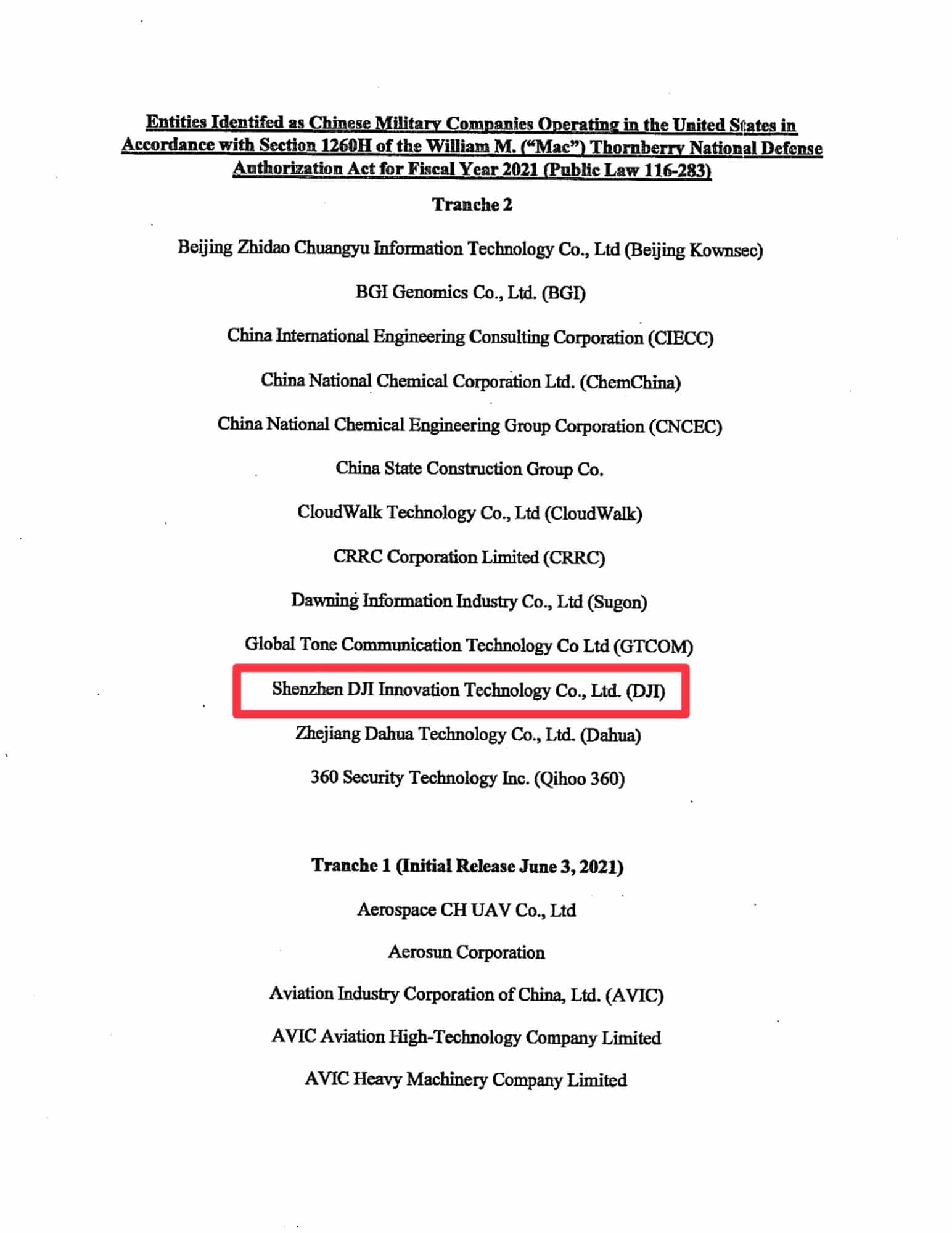 DJI blacklisted by the Department of Defense (DoD) as the drone maker is now considered a Chinese military company.

“Today, the Department of Defense released the names of “Chinese military companies” operating directly or indirectly in the United States in accordance with the statutory requirement of Section 1260H of the National Defense Authorization Act for Fiscal Year 2021,” the statement reads.

The Pentagon’s decision is the latest chapter in the saga of the US government versus the world’s biggest drone manufacturer and comes right before the DJI Airworks event in Las Vegas next week.

The DoD statement officiates what the department has been doing in practice since last year: not letting its employees buy or use DJI drones.

The announcement makes official what the DoD has been doing in practice since last year: not letting its employees buy or use DJI drones.

The DoD has banned off-the-shelf DJI drones for official work since 2018. However, last…