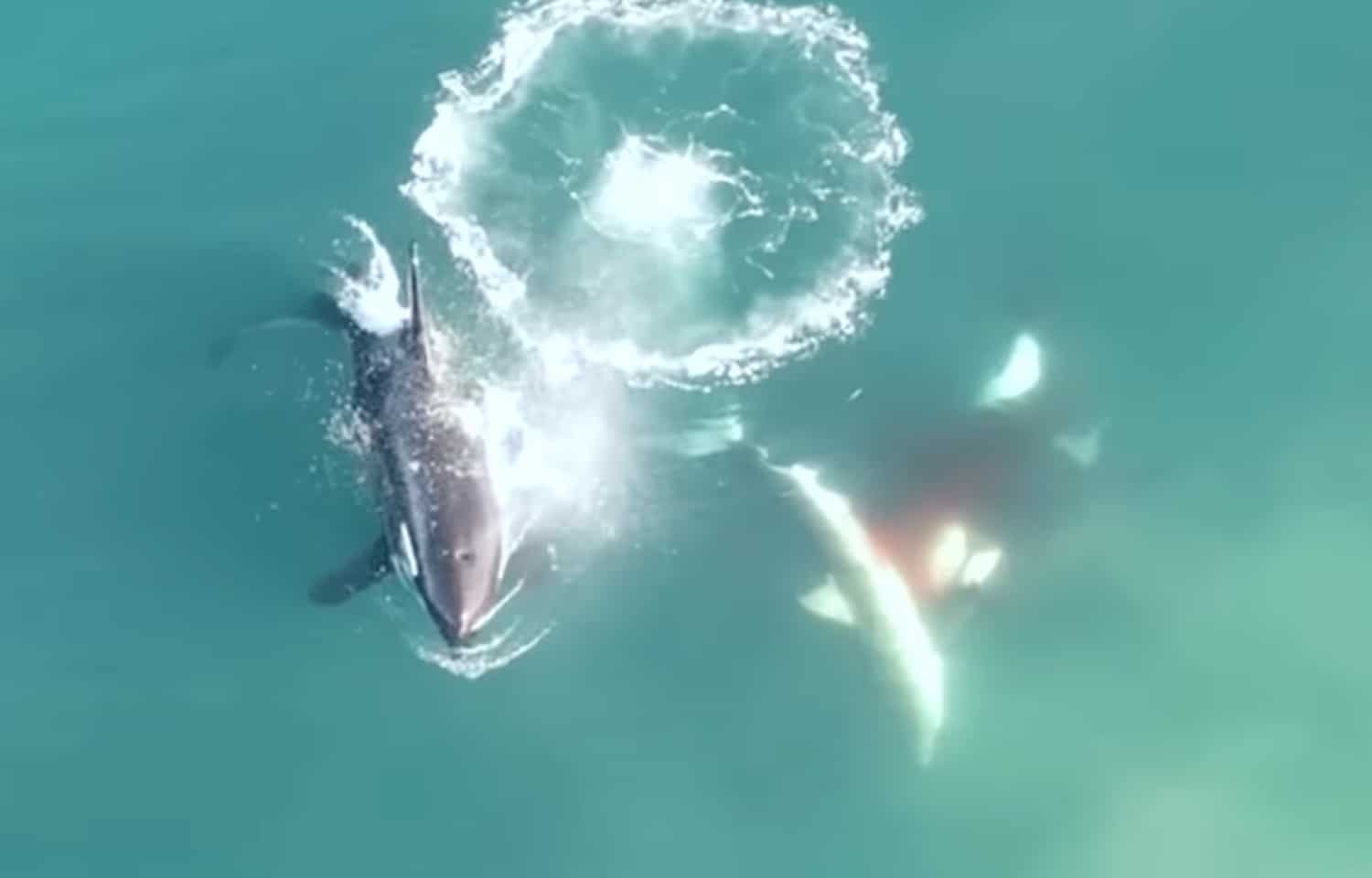 According to scientists, the orcas’ behavior captured in a Drone Video in South Africa was never before seen in such detail.

Scientists have released results indicating that orcas hunt great white sharks after the marine animal was seen on video killing one of the world’s biggest sea predators.

In helicopter and drone video published this week, a pod of killer whales is seen hunting sharks for an hour off the coast of Mossel Bay, a port town in the southern Western Cape region.

Drone video showing orcas moving in for the kill

“This behaviour has never been witnessed in detail before, and certainly never from the air,” said Alison Towner, a shark scientist at Marine Dynamics Academy in Gansbaai, South Africa, and main author of the research.

One clip from the movie, shot in May, shows five orcas hunting and killing a great white whale, and experts estimate three more were killed during the hunt.