dolphins and orcas engage with great whites in Plett 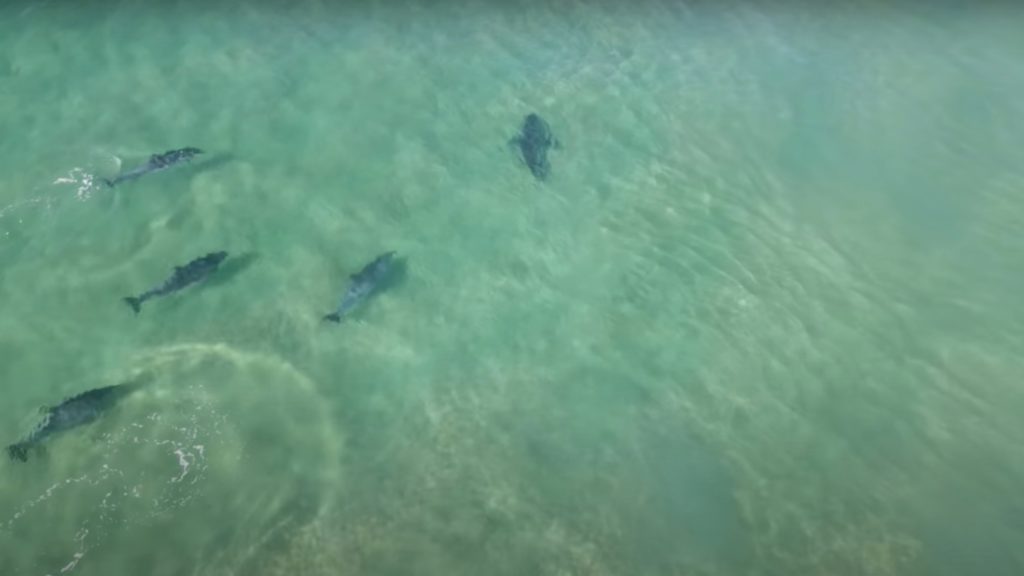 Drone footage of a school of dolphins chasing a shark way from the shoreline of Plettenberg Bay is circulating on social media.

The two-minute video was posted earlier this week and depicts dozens of dolphins engaging with the predator and actively herding it into deeper waters.

At first, only two dolphins can be seen flanking the fish and coaxing it away from the shore.

However, as the shark maintains its course, more dolphins join the fray until the fish is overwhelmed and forced to swim in the opposite direction.

This video comes after footage of orcas pursuing, capturing and incapacitating great white sharks near Mosselbay was also shared on social media this week. Additionally, it has resurfaced in the wake of a shark attack incident and multiple shark sightings in Plettenberg Bay this month.

Lead author and a shark…