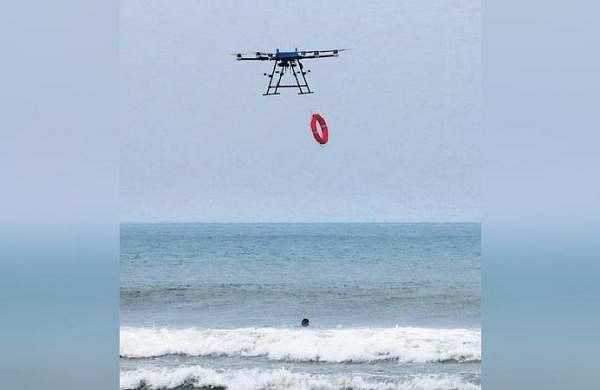 CHENNAI: The Centre for Aerospace Research (CASR) of Anna University is set to develop drones to help in rescue operations at sea, especially in drowning cases. It will design and develop drones that can fly automatically, detect people drowning, and drop a folded-up flotation device accurately near the victim.

The hi-tech drones, equipped with artificial intelligence (AI) and cameras, will be manufactured and supplied by the Tamil Nadu Drone Corporation to the State police department.

They will be part of the ‘Marina Beach Life Guard Unit’, which was launched on Saturday by the police. On a pilot basis, the CASR has provided one drone to the Life Guard Unit, which was showcased during the launch ceremony.

The drone is fitted with a lifebuoy, which will be dropped by the drone after identifying someone drowning. However, CASR plans to make some changes in the design.

“Instead of a lifebuoy, we have decided to install a…