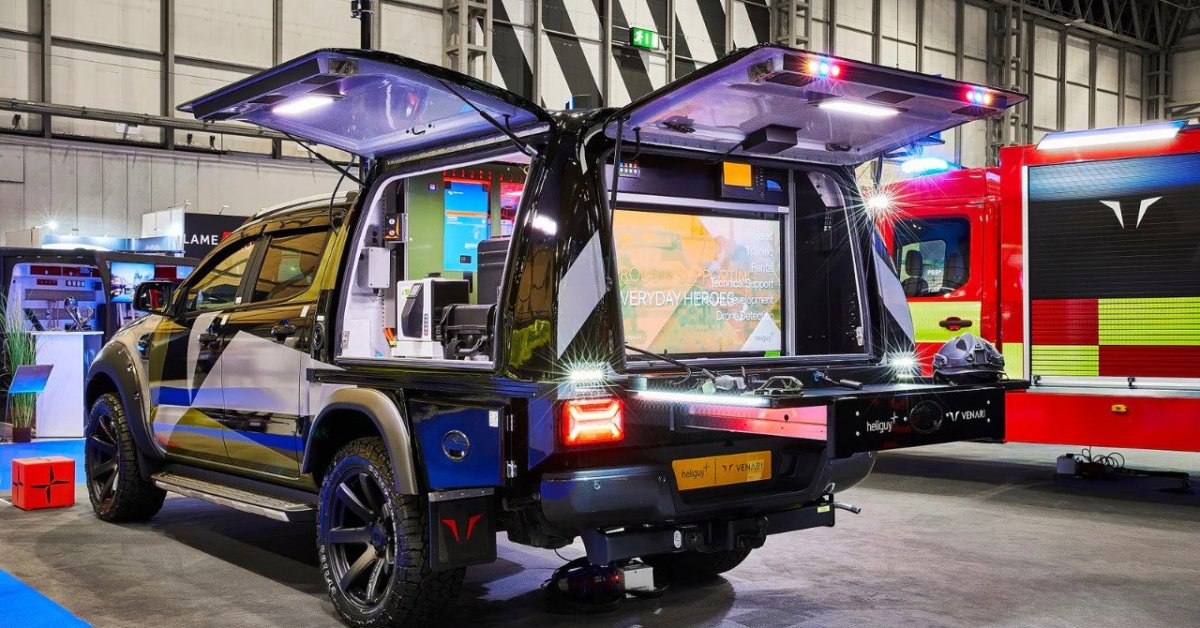 A custom-modified Ford Ranger is now available in the UK as the most advanced vehicle to support public safety drone operations. Among other things, the rugged 4×4 hosts a bespoke ready-to-fly drone mechanism and a built-in DJI drone detection unit.

The dedicated drone support vehicle has been designed, developed, and manufactured by UK-based drone supplier heliguy and emergency vehicle maker Venari. It was recently unveiled at the UK Emergency Services Show in Birmingham.

The highlight of this drone support vehicle is that it is equipped with all the latest technologies that facilitate streamlined and efficient deployment of drones.

For instance, the Ford Ranger’s ready-to-fly drone mechanism allows onboard aircraft, such as the DJI M30 series and M300 RTK, to remain fully assembled and prepped for immediate deployment.