Hoverbike makes US debut at Detroit Auto Show • The Register 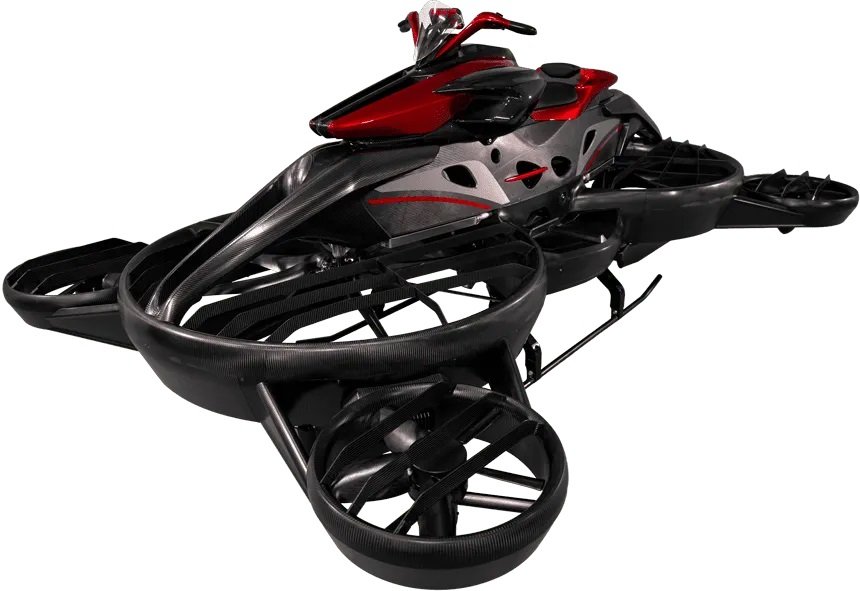 In a galaxy not so far, far away – this one, actually – a Japanese startup demonstrated its $777,000 “hoverbike” at the Detroit Auto Show.

The concept is best known as the transport of choice for hapless stormtroopers chasing down rebel scum on the forest moon of Endor in a scene from Star Wars: Return of the Jedi.

It’s a motorbike-like vehicle that eschews wheels to glide a meter or so above the ground thanks to the Star Wars universe’s mystical “repulsorlift engine” that creates a field of “negative gravity.”

Unfortunately, AERWINS Technologies’ “XTURISMO” has no such technology under the hood, instead appearing to scale up a quadcopter-ish design common in unmanned aerial vehicles to be able to lift a human.