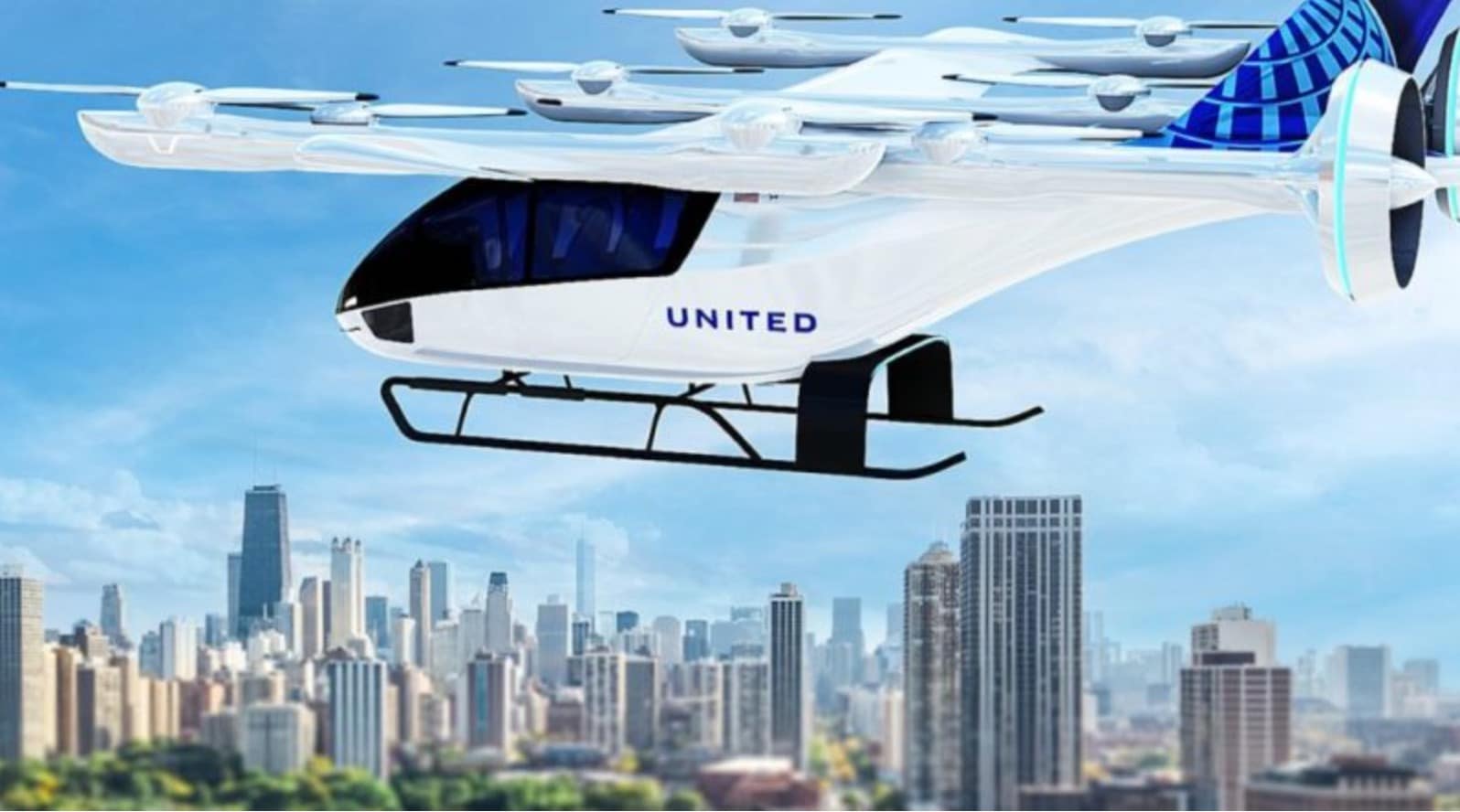 United Airlines has placed an order for the delivery of 200 four-person drone taxis. With this, the company wants to focus on transporting people to and from airports, making car trips unnecessary and reducing CO2 emissions. The drone taxis will be provided by Embraer subsidiary Eve Air Mobility.

According to United Airlines, electric vertical-takeoff-and-landing eVTOLs have the potential to eliminate car trips to and from airports, resulting in lower emissions.

Eve’s electrically powered drone taxi has a range of about 100 km. The cruising speed is approximately 200 km/h. There are four passengers plus a pilot on board. In the future, the pilot should become redundant, and up to six people would fit in the aircraft….