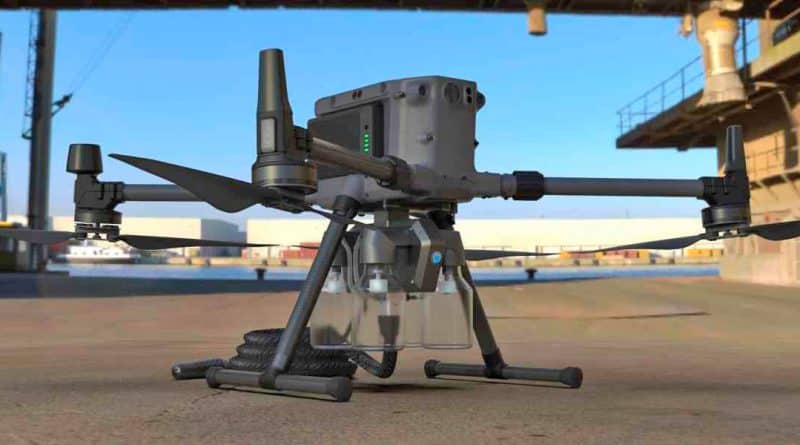 The Australian company Sphere Drones has developed a new water sampling system that can be used in combination with various DJI drones. The system is called Nero Poli and can take up to four water samples in one drone flight, to a maximum depth of three meters or ten feet. It is also possible to immediately measure the water temperature.

Routine sampling of surface water is an excellent task that can be performed by drones. The advantage is that the samples can always be taken at exactly the same location and that the time spent collecting the samples can be considerably reduced.

In collaboration with Sydney Water, Sphere Drones developed a new system for taking water samples: the Nero Poli. The system allows the user to take four different water samples per flight. A depth of up to three meters can be reached.

Thanks to a flow sensor, it is possible to determine exactly how much water is taken. To prevent contamination, the Nero Poli provides…