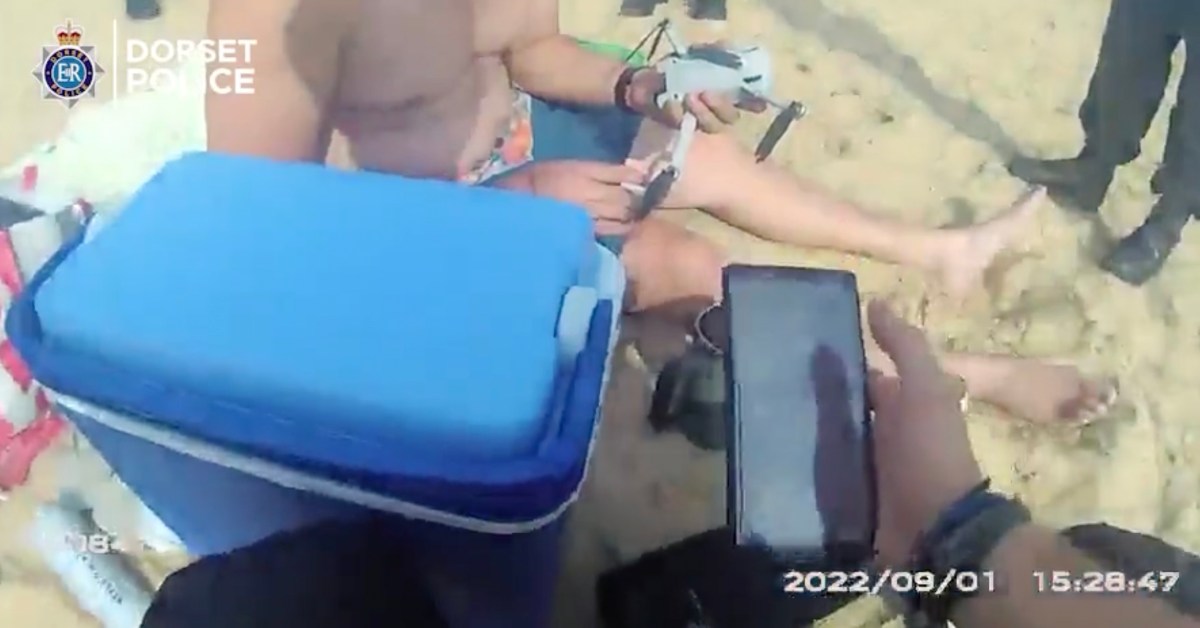 Police officers in England’s south coast city of Bournemouth confiscated at least seven drones operating illegally within the no-fly zone established during a multi-day airshow that wrapped up yesterday.

Dorset Police had previously warned it would take serious steps against any drones identified in the offshore no-fly zone designated for the Bournemouth Air Festival. Those initially unconvincing rumblings produced swift action. On the first day of aerial performances above Poole Bay, officers impounded three UAVs pilots operating craft illegally, and another four during the following session on Friday.

The local police were sufficiently proud of their work ridding the skies off Bournemouth of drones – from sea level to 5,500 high – they even posted video of their initial intervention Thursday to their Twitter account.

“Here is the moment we found a pilot illegally flying a drone at @BmthAirFest,” the tweet said.