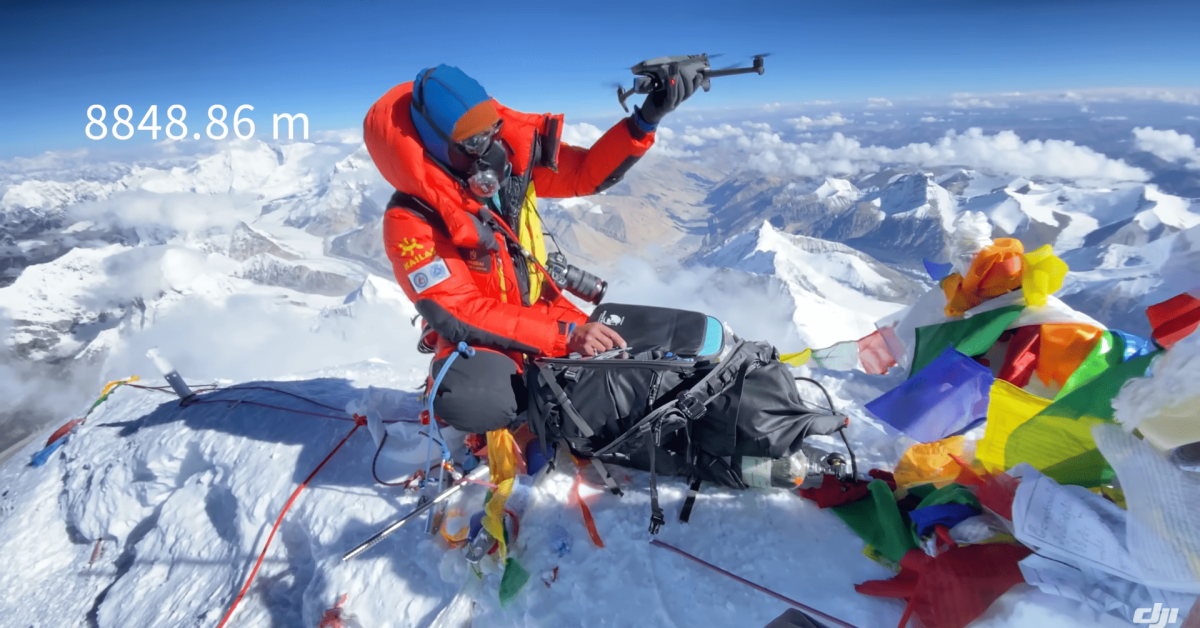 To say that the weather on Mount Everest, the highest point on Earth, is “harsh” would be an understatement. It’s certainly not a place where you’d expect to see a compact, off-the-shelf consumer drone flying. But a DJI Mavic 3 drone has done the impossible and captured the breathtaking beauty of the mountain like never before.

8KRAW is a company that contracts photographers and videographers from around the world to produce high-quality content for news organizations, film and television firms, and advertising agencies. More than 1,000 artists contribute to the platform every year.

But flying a drone on Mount Everest is easier said than done. You’re typically at the mercy of the winds. The drone battery depletes alarmingly fast in weather that cold. And the decreasing air density reduces propeller prowess even further.

DJI explains that it helped 8KRAW…