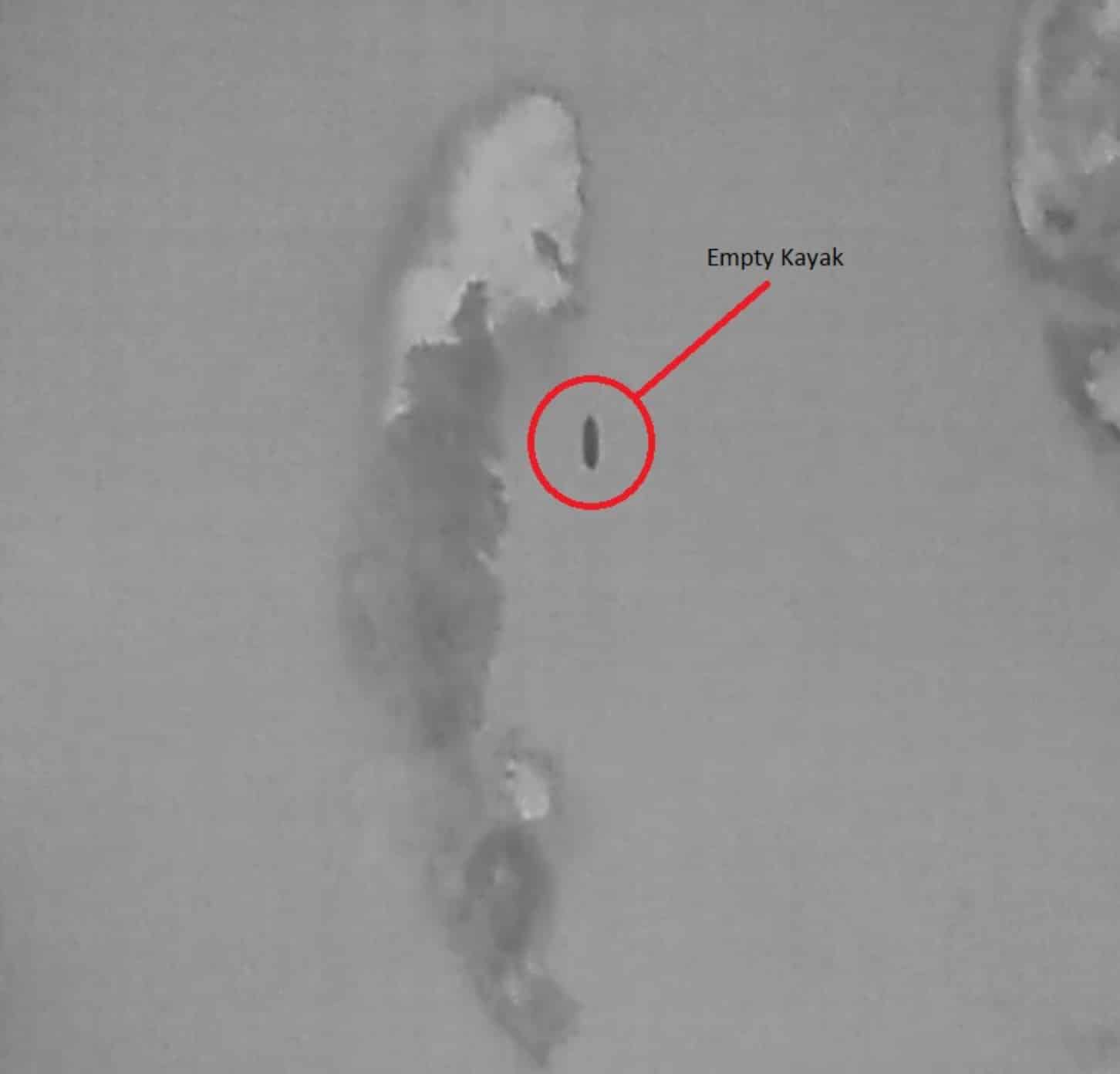 On Tuesday night, a thermal camera drone assisted rescuers in locating a lost kayaker adrift on the Deerfield River in Massachusetts.

Police got a 911 call from a guy who said he had lost communication with another kayaker on the river and had drifted downstream, unable to exit. According to Deerfield Fire Chief Darren Melnik, the missing kayaker was a man in his 30s.