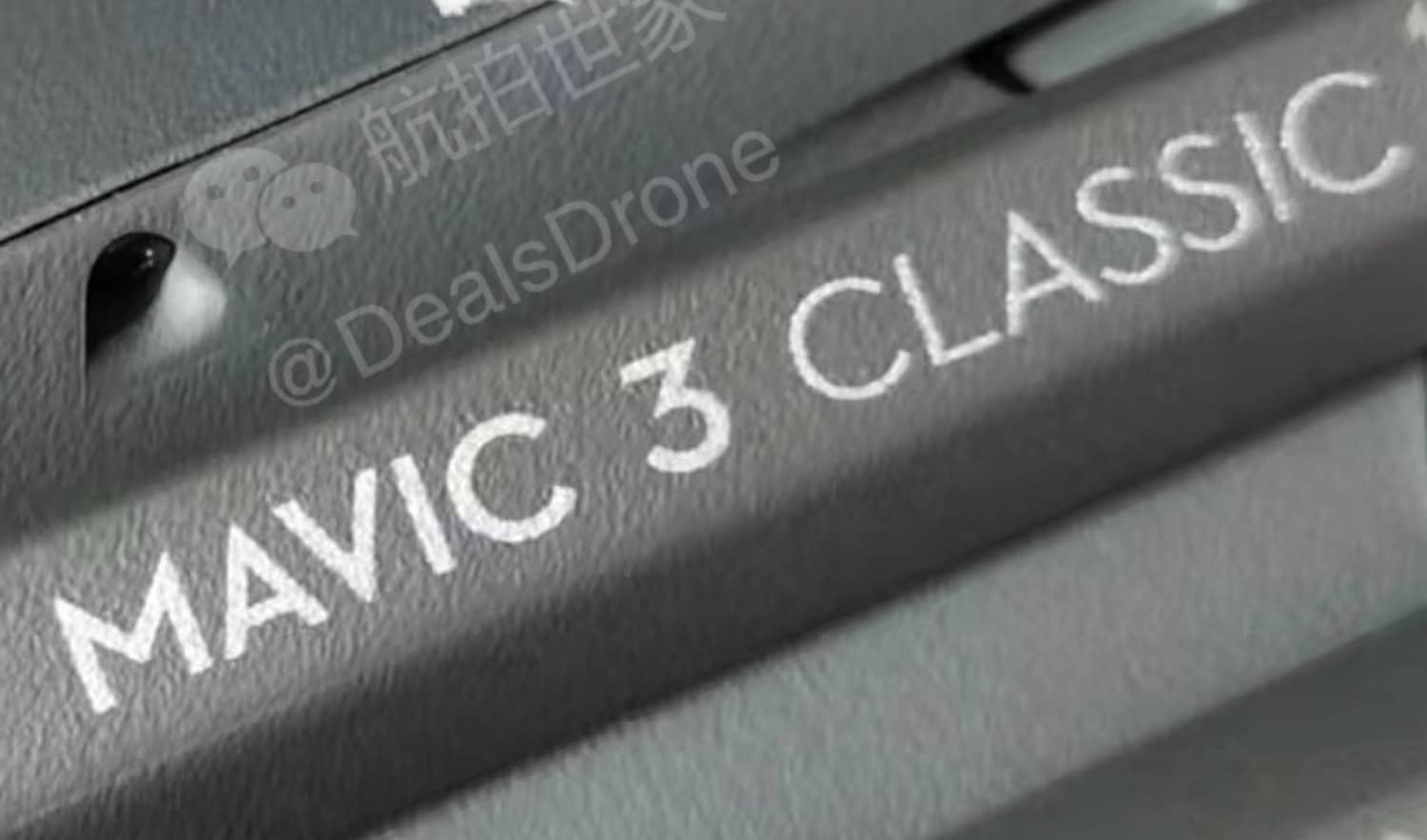 Just as we finish one DJI rumors story, we receive this photo of what might be the next DJI drone to come to market, the DJI Mavic 3 Classic.

It would indeed be a classic DJI move to introduce a less expensive version of a particular drone model months after its initial release.

DJI released the DJI Mavic 3 with a dual camera set up right before the shopping season kicked in last year. The drone was initially plagued by missing features and GPS connectivity issues, which the dronemaker ultimately rectified through a series of firmware updates.

Now almost one year later, could we see DJI release a dressed-down version of the original DJI Mavic 3? For sure. DJI has done this before with the DJI Mini SE and might be doing it again with the DJI Mini 3 non-Pro we wrote about earlier today.

It would make a lot of sense (and dollars) for DJI to release less capable but, more importantly, less expensive versions of existing models…