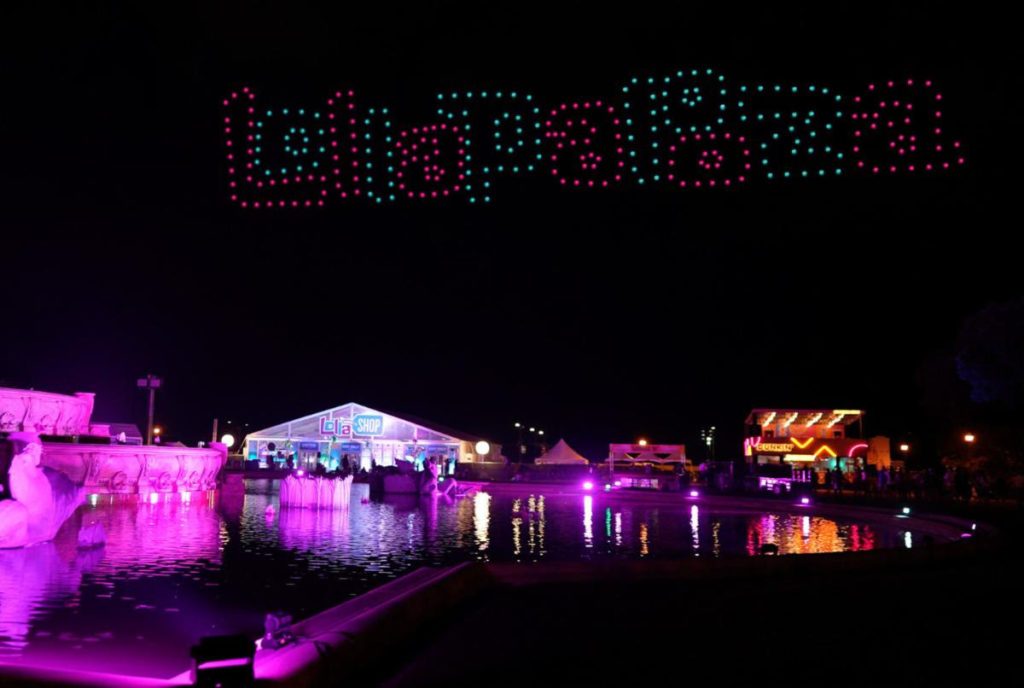 This past July, Verge Aero deployed 300 of its custom built drones at Chicago’s famous Lollapalooza festival, which performed a drone show above the venue to enhance the event.

Featuring performances over a four-day period from a diverse set of artists such as Dua Lipa, Metallica and J. Cole, this year’s Lollapalooza was the first to include drones as part of the event. In partnership with T-Mobile and Google Pixel phones, a specially created Verge Aero drone show was staged during Dua Lipa’s Friday night slot.

“We actually launched the drone show over T-Mobile’s 5G network, using a Google Pixel phone,” said Verge Aero’s Mason Hayes, the designer and pilot of the drone show. “We have a Verge Aero-created app that we can load onto smartphones and set the drones off on their pre-programmed flight…