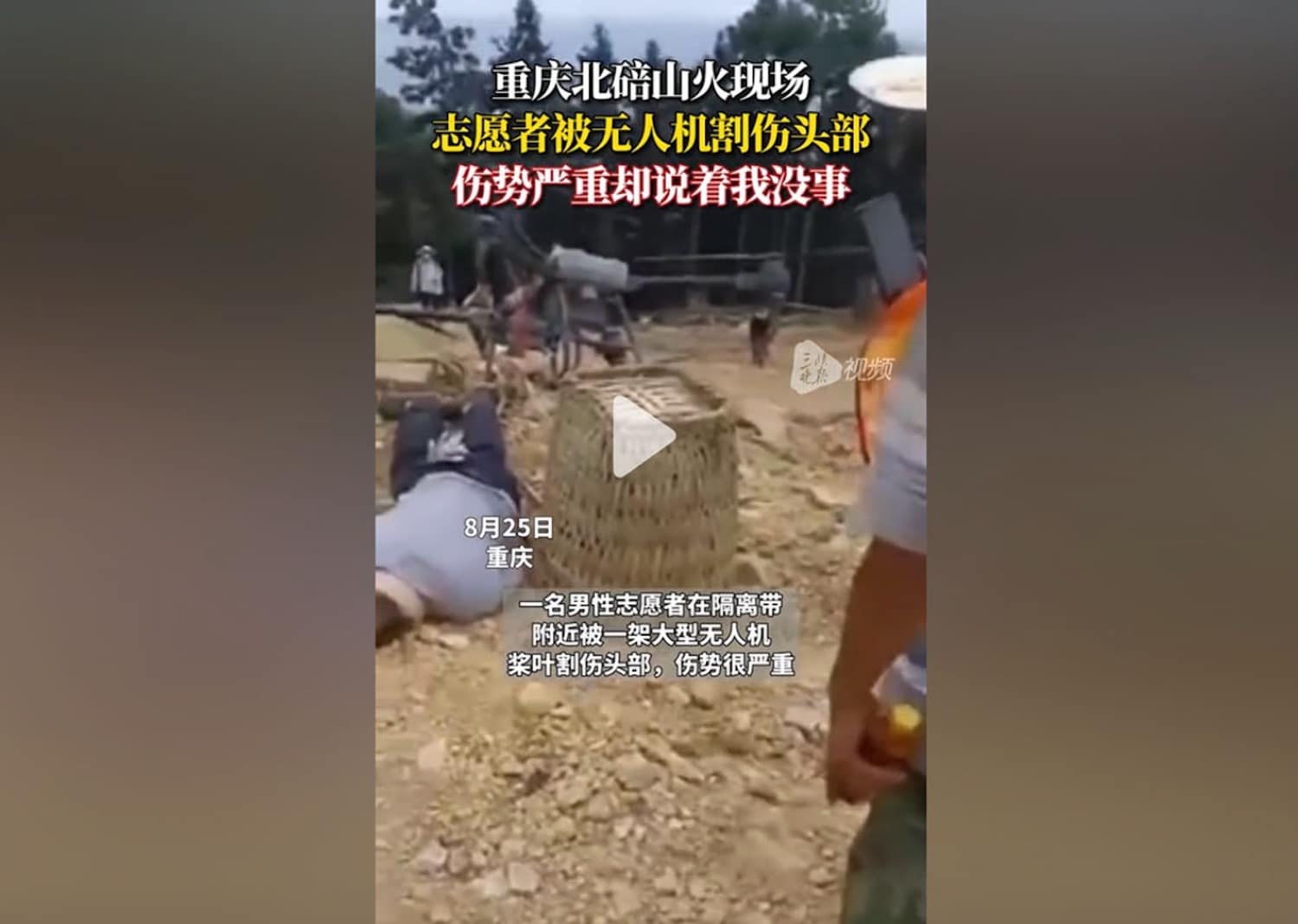 A Chinese man has been seriously injured in a collision with a cargo drone. The incident occurred while extinguishing a fire in a hilly neighborhood in the Chinese metropolis of Chongqing. The man, who volunteered to help with the firefighting, suffered severe cuts to his head due to the accident.

Due to the persistent high temperatures in Chongqing, many wildfires have started in succession lately. Cargo drones are also used to support firefighting for the delivery of material.

However, while extinguishing a fire in the Beibei district, things went horribly wrong. For unknown reasons, a male volunteer was hit in the head by the propellers of a cargo drone. He suffered heavy bleeding and serious injuries as a result.

Images taken shortly after the incident show the drone lying on its side. It is not clear what preceded the incident. After the accident, another cargo drone was used to raise a stretcher, after which the victim was carried down the…