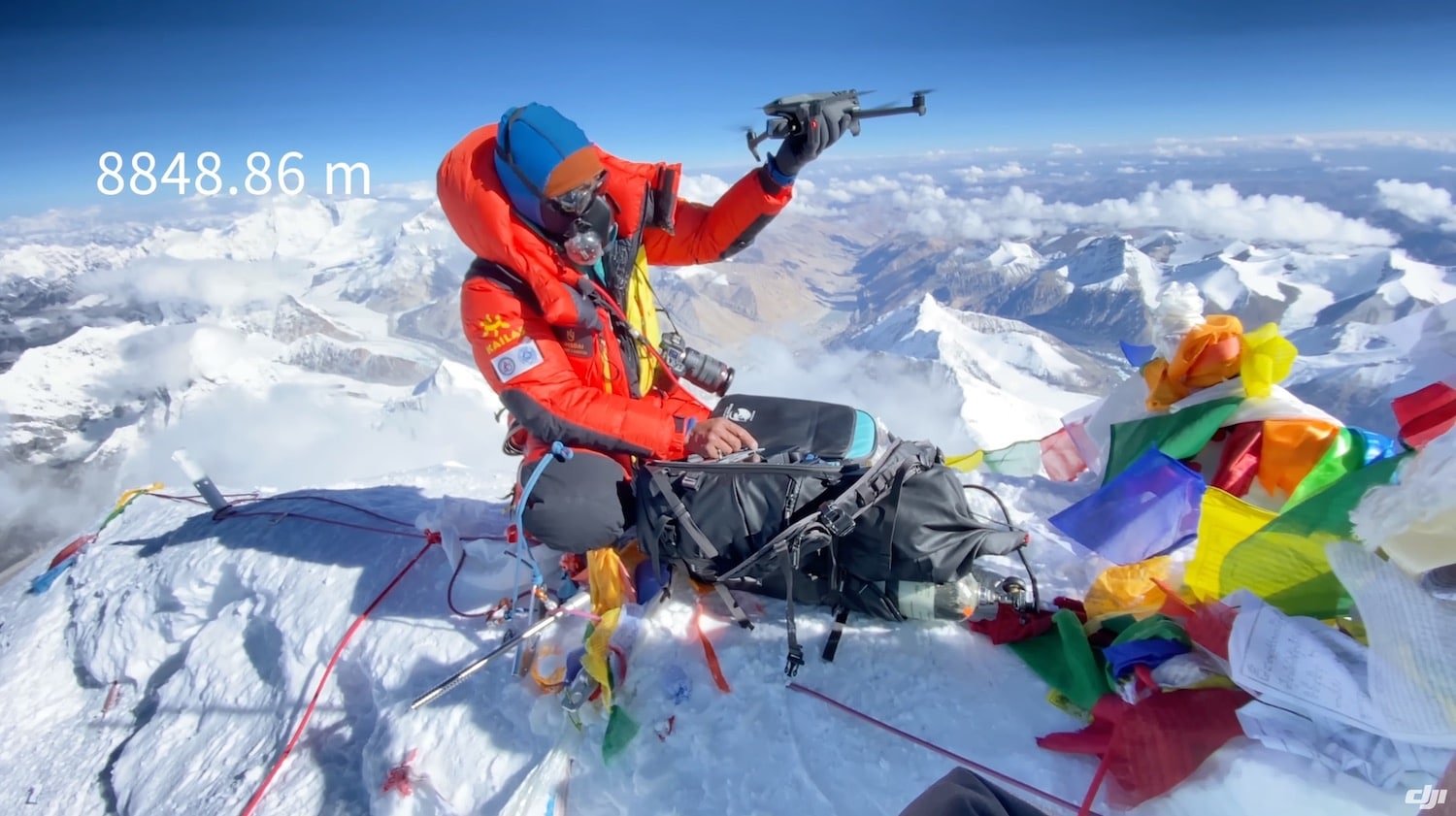 It is not the first time that we have seen DJI drones being utilized at great altitudes, but this footage of the DJI Mavic 3 flying above the peak of Mount Everest is likely to be the most impressive of them all.

The photographs and video footage that were taken using the DJI Mavic 3 are simply breathtaking. The almost three-minute video presents us with some of the most stunning views of Mount Everest and several peaks in its immediate vicinity.

Challenges of flying a DJI Mavic 3 over Mount Everest

Any kind of drone will have a far more difficult time flying at higher altitudes, where the air is thinner. A DJI Mavic drone was used a few years ago to aid in a rescue operation on K2. That particular drone featured software modifications (hacks) that allowed the propellers to spin faster, which was necessary to generate sufficient lift for the drone to fly at such an altitude.

In addition to the difficulty of flying in such thin air, there are other obstacles…