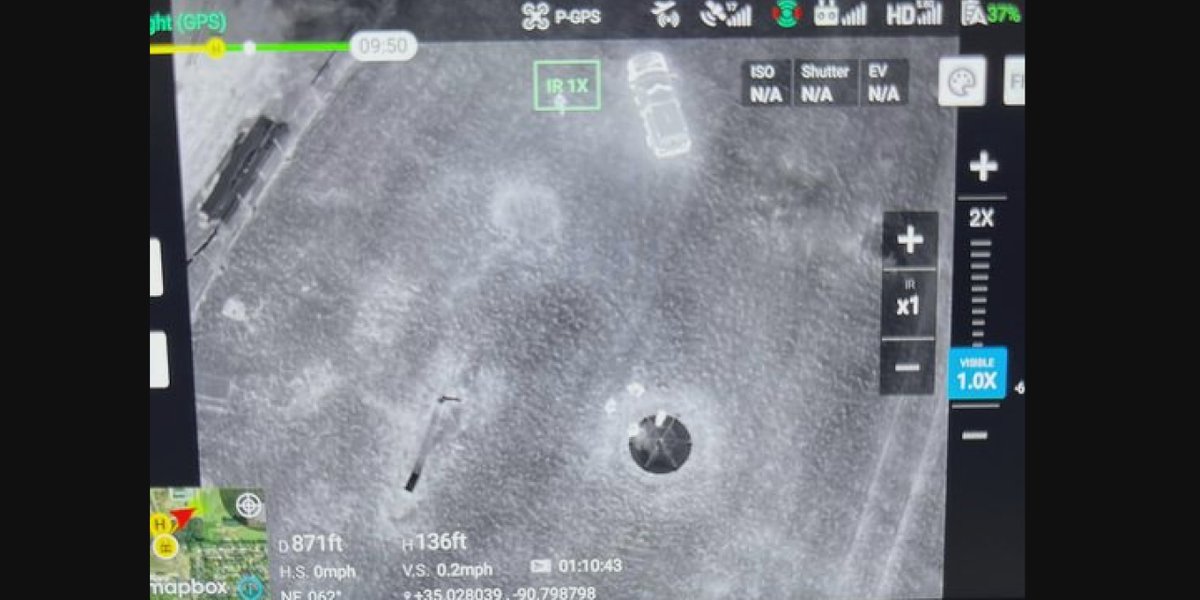 Forrest City Fire Department shared in a media release how they found the missing child.

Just after midnight, they received a call from 911 dispatch requesting assistance from the department’s drone team.

When Forrest City Police Department arrived on the scene, two drones were launched to search for signs of the child.

He noticed a heat signature on a moving merry-go-round.

FCFD notified FCPD and kept drones over the signature while the fire department’s battalion chief went to the location.

As the battalion chief arrived on the scene a woman grabbed her stuff and ran.

The battalion chief drove up to the woman and asked her to stop running, then talked to her until officers arrived.

“Without the availability of the drone equipment and its thermal imaging…