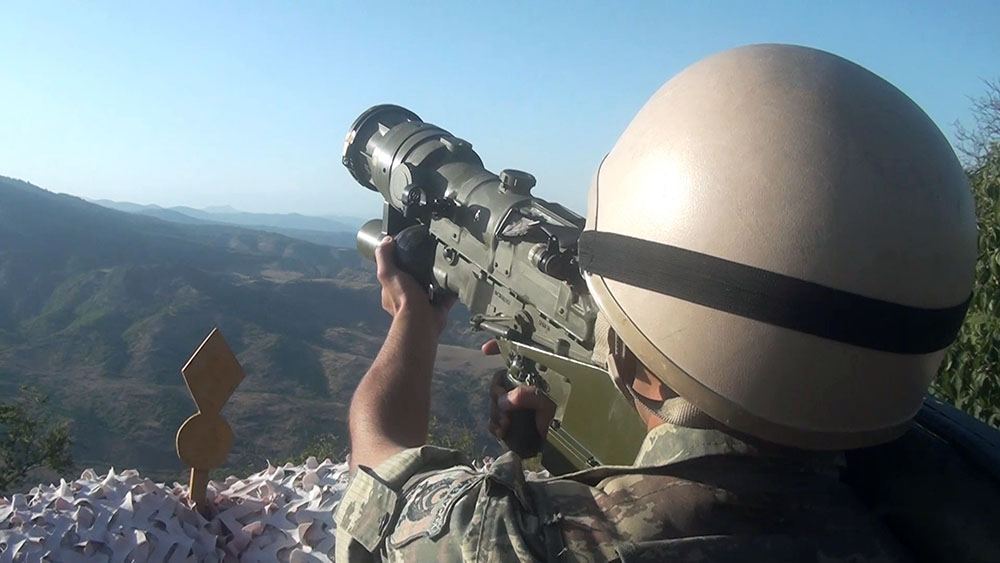 BAKU, Azerbaijan, August 18. The air defense
units of Azerbaijani Air Forces are on duty around the clock, the
airspace is under constant surveillance and appropriate measures
are being taken, Trend reports via the Ministry of Defense of
Azerbaijan.

According to Ministry, due to the high combat readiness and
vigilance of the air defense units, a quadcopter of illegal
Armenian troops was detected and landed in a special way near
Shusha city on August 13, trying to carry out reconnaissance
flights over Azerbaijani positions.

The personnel of the Azerbaijani army, who are on combat duty on
the Azerbaijani-Armenian border, as well as on the territory of
Azerbaijan, where Russian peacekeepers are temporarily stationed,
are ready to prevent any provocation.