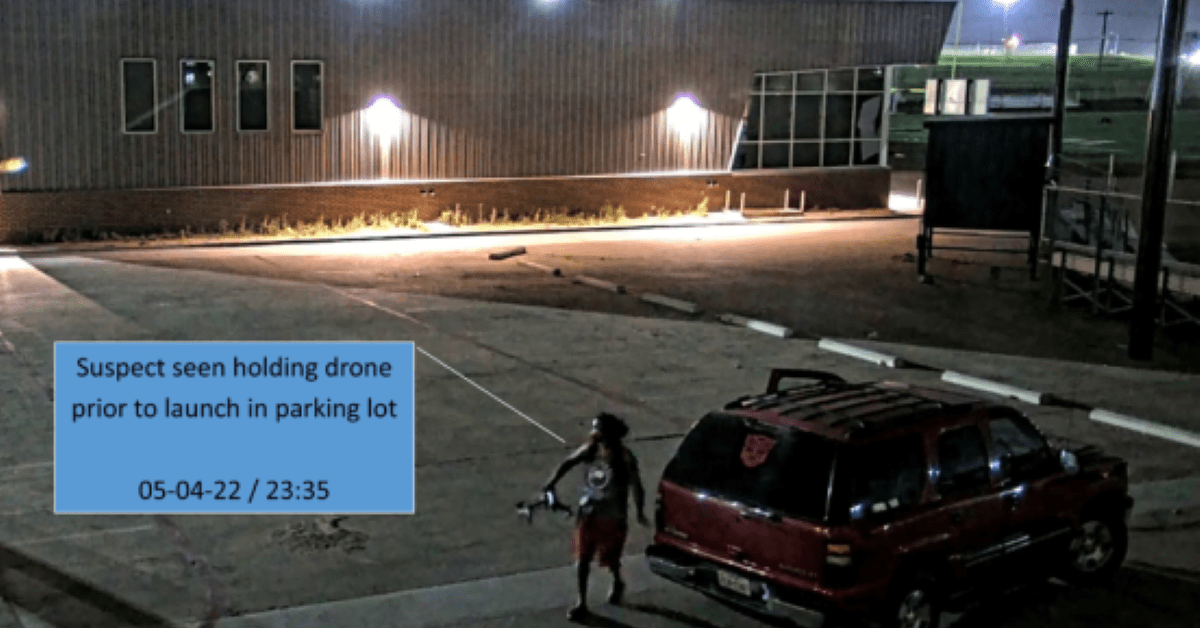 A Texas man has been charged for allegedly flying a DJI Inspire drone loaded with drugs and other contraband into a Fort Worth prison.

Court documents reveal that 42-year-old Bryant LeRay Henderson flew a DJI Inspire drone into the airspace over FMC Fort Worth, a federal correctional in the south part of the city, just before midnight on Wednesday, May 4.

The drone crashed on prison property and was recovered by the staff. Guards found that the DJI drone was carrying a package containing 46 g of crystal meth, 87 g of pressed THC, two prepaid cellphones, and nine MP3 players.

During the investigation, authorities pulled surveillance video from a nearby high school. It showed a man in a red Chevy Tahoe removing a drone and a package from the vehicle (screenshot above). The man launched the drone toward the prison and drove off.