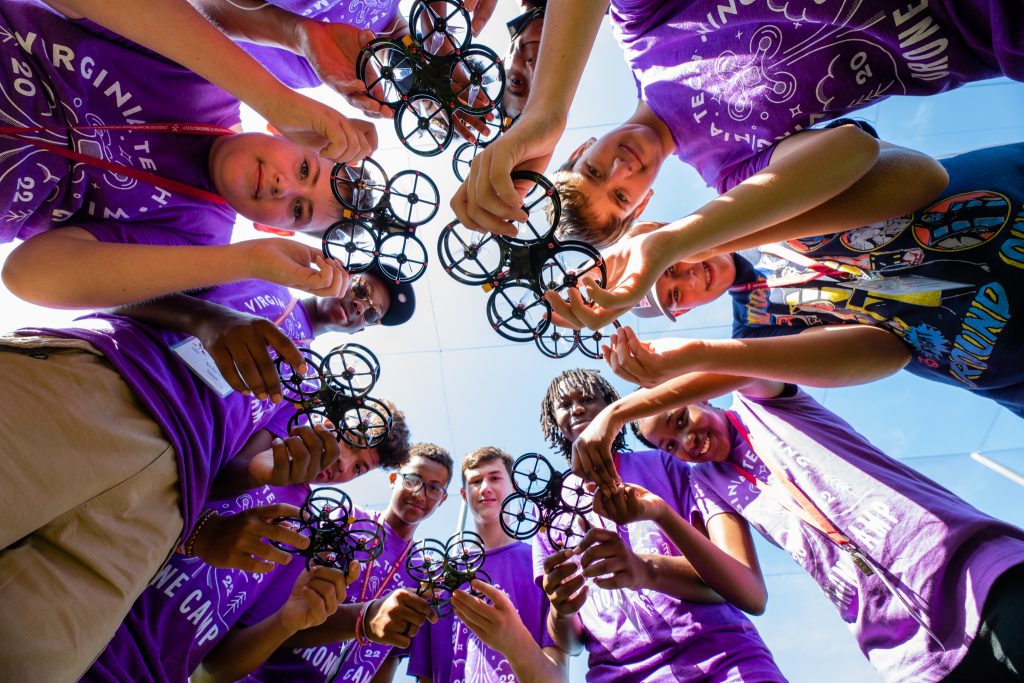 Lester works with nonprofits, communities, and other partners to reach kids beyond the typical cohort that flocks to STEM camps. More than 60 percent of the students at the drone camp identified as Black or Hispanic. For more than 40 percent of them, neither parent had a four-year college degree.

“The families of the kids that we try to recruit for the Imagination camps are often not aware of what’s possible,” she said. “The technology to fill out an online application can be daunting. Transportation is a barrier. There are so many barriers that can keep families from pursuing an experience like this.”