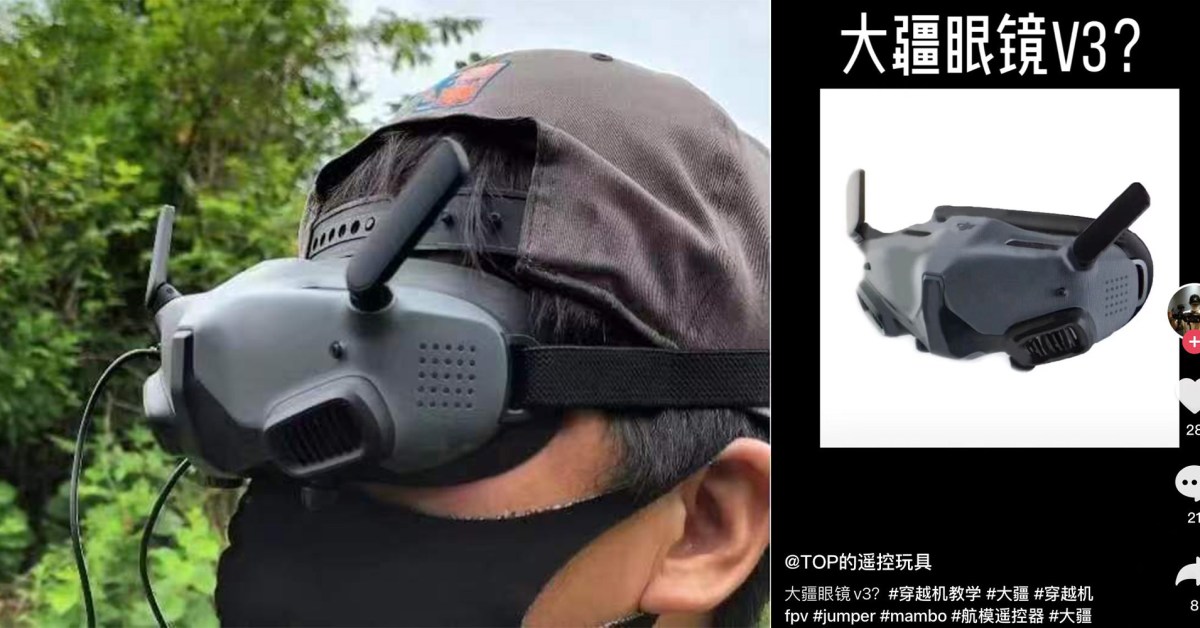 After hitting the FCC database last week, the first images of DJI’s new Goggles 2 have been shared by two notable leakers on Twitter. Along with this, we have a rumor that Avata is moving forward in the production cycle ahead of its rumored launch.

Pictures shared by DealsDrone and OstaLV on Twitter, notorious leakers of all things DJI, show the upcoming DJI Goggles 2. This is expected to release alongside DJI’s first cinewhoop drone, the Avata, whose release date is currently up in the air.

The photos show what we’ve already seen from renders leaked in recent months. This is a smaller headset with only two antennas versus the current goggles’ four. And when we say small, we mean small. For example, one image compares the size of Goggles 2 to the size of a bottle of water.