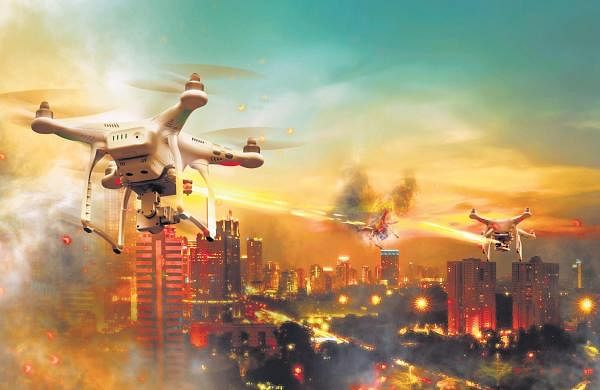 “I never had to look up before.”

The head of US Special Operations Command, Gen. Richard Clarke

On March 15 last year, something secret and unprecedented happened over the sands of Arabia. It portended a historic handshake. Just before 2 am, four Israeli Air Force pilots spotted two triangle-shaped Iranian drones speeding westward towards Israel over Arab territory. They were identified by Arab radar as Iranian combat drones. In a matter of seconds, two Zroa HaAvir VeHahalal fighter jets swooped down and blew them out of the sky.

The Sahara is a vast graveyard of countless empires such as the Sasanian and the Byzantine, the Mamluks and the Ottomans, and the last, the British Empire. History is payback. Today, nearly all Middle Eastern Sunni nations feel threatened by the expansionist ambitions of nuclear-enabled Shia Iran Arabs in the seventh century brought Islam to Persia after conquering the Sasanian Empire.  The age-old maxim, ‘my enemy’s…