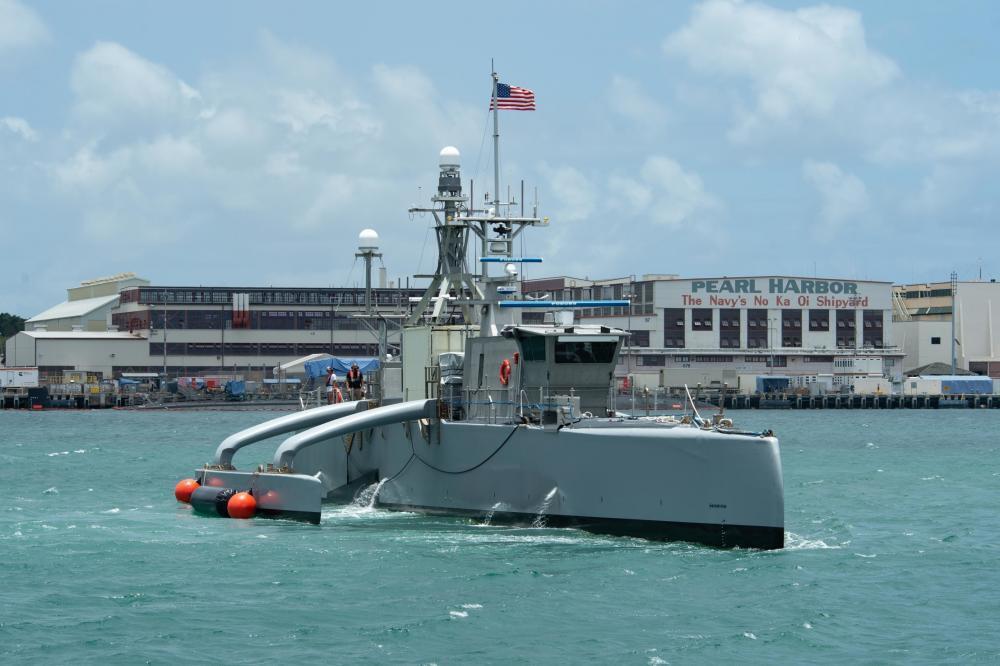 Facing a growing threat from the Chinese communist regime, the Navy envisions drone ships keeping an electronic eye on enemy forces across the vast Pacific Ocean, extending the reach of firepower, and keeping sailors out of harm’s way.

The Navy is speeding development of those robotic ships as an affordable way to keep pace with the Chinese regime’s growing fleet while vowing not to repeat costly shipbuilding blunders from recent years.

The four largest drone ships are being used together this summer during a multination naval exercise in the Pacific Ocean.

Other smaller waterborne drones are already being deployed by the Navy’s 5th Fleet in the waters off the Middle East.

The goal in coming years is to see how these research vessels’ radar and sensors can be combined with artificial intelligence, and integrated with traditional cruisers, destroyers, submarine, and aircraft carriers, to create a networked fleet that’s resilient because it’s spread over greater distances…