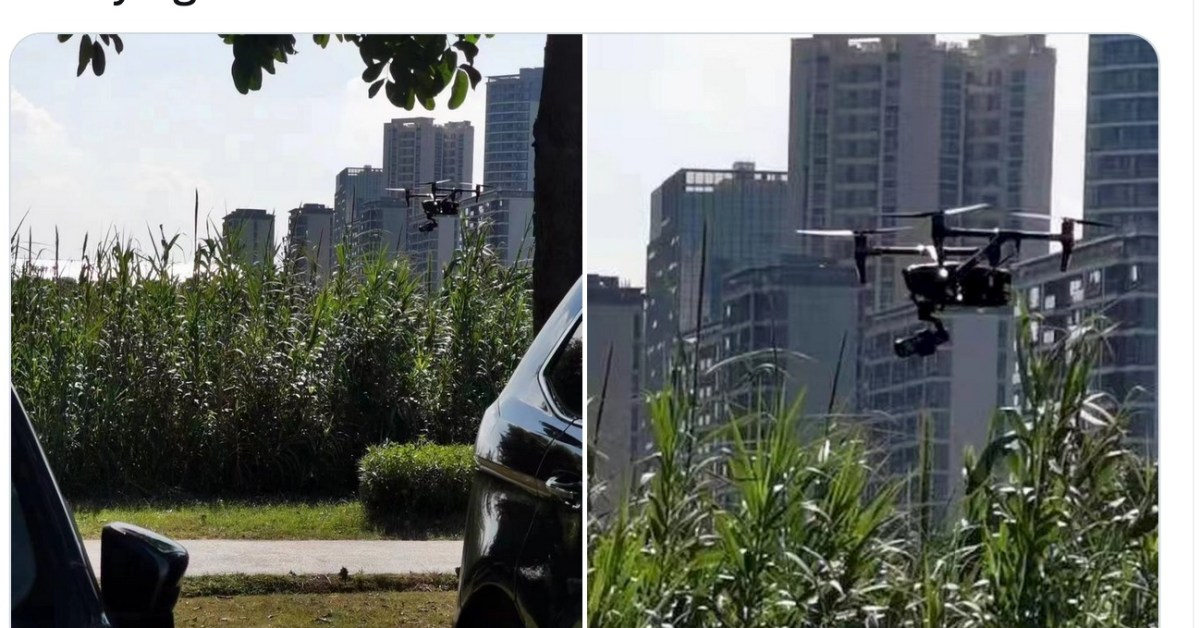 Another day, another leaked photo of the Inspire 3 that DJI is now clearly readying for release – or rather, today, two additional images of the top-shelf filmmaking drone.

The new shots come from frequent DJI product leaker @OsitaLV, who has previously tweeted information on the rumored (and, by now, fairly well substantiated) Inspire 3 under development. The pair was taken at what appears to be a semi-open area set in a wash of foliage near high-rise building. The first of the two appears to be a wider-angle version of a tighter shot tweeted Tuesday.

The craft pictured is far less bulky and more refined than the prototype leaked yesterday. It’s shown hovering a couple of meters off the ground with what’s been rumored to be a full-frame Zenmuse X9 camera and gimbal hanging conspicuously beneath the front end.