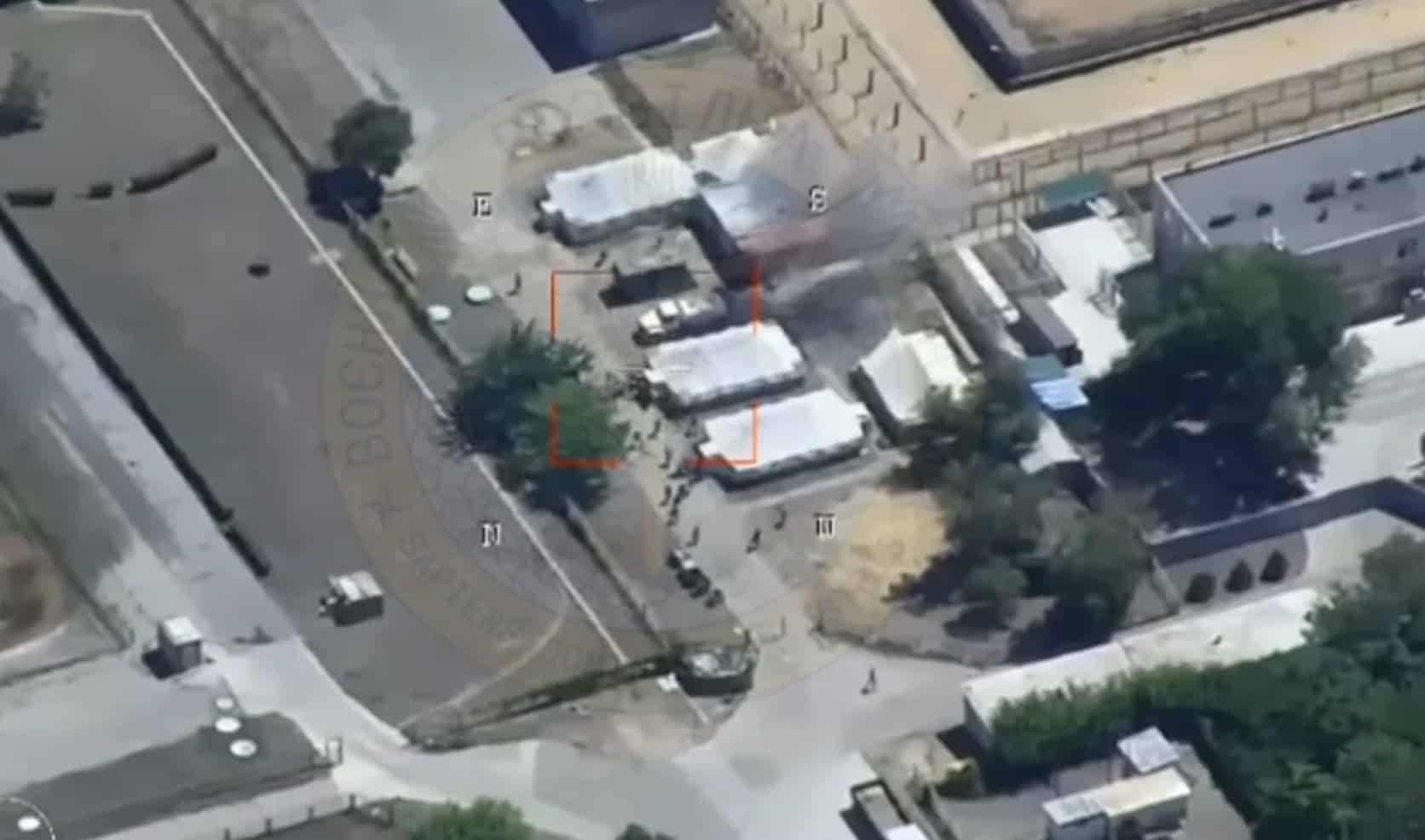 The Ukrainian forces used precise kamikaze drones, according to the military intelligence service, to eliminate the targets.

In a video released on Friday by the Main Directorate of Intelligence of the Ukrainian Ministry of Defense, it appears that a Warmate loitering munition struck a Russian military camp in occupied Enerhodar, in the northwest Zaporizhzhia region.

“Using kamikaze drones, a blow was struck at the tent camp and enemy vehicles, including a truck with anti-aircraft guns and a BM-21 Grad. As a result of the attack, three Rashists (Russian soldiers) were killed, and twelve were injured,” the military intelligence service reportedly said.

Three Ukrainian suicide drones were said to have attacked Russian targets on the grounds of the Zaporizhzhia Nuclear Power Plant in Energodar.

The reactors at the nuclear power plant were unharmed, and the radiation levels were normal.