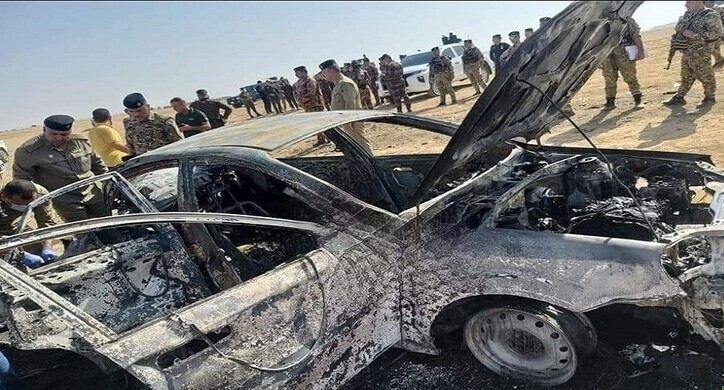 Baghdad (IraqiNews.com) – Iraqi media outlets mentioned on Sunday that a drone targeted a civilian vehicle and killed all passengers in the city of Mosul in northern Iraq.

An air strike targeted a civilian vehicle in Al-Tanak neighborhood in Mosul city, according to Shafaq news.

Initial information indicated that five people including a woman were killed by the air strike.

Nineveh Governor, Najm al-Jubouri, in a tweet on Twitter, called on the government to protest against targeting a civilian vehicle in the western part of Mosul.

Jubouri stated that the air strike took place at 2:20 p.m. and killed four men and a woman. He also explained that the driver has been identified but the three men and the woman are not identified yet.

Investigations carried out by police in Nineveh governorate revealed that the drone is Turkish, according to Jubouri.

“We strongly condemn the attack that endangers the governorate which began to recover from the effects of the terrorist group of ISIS….