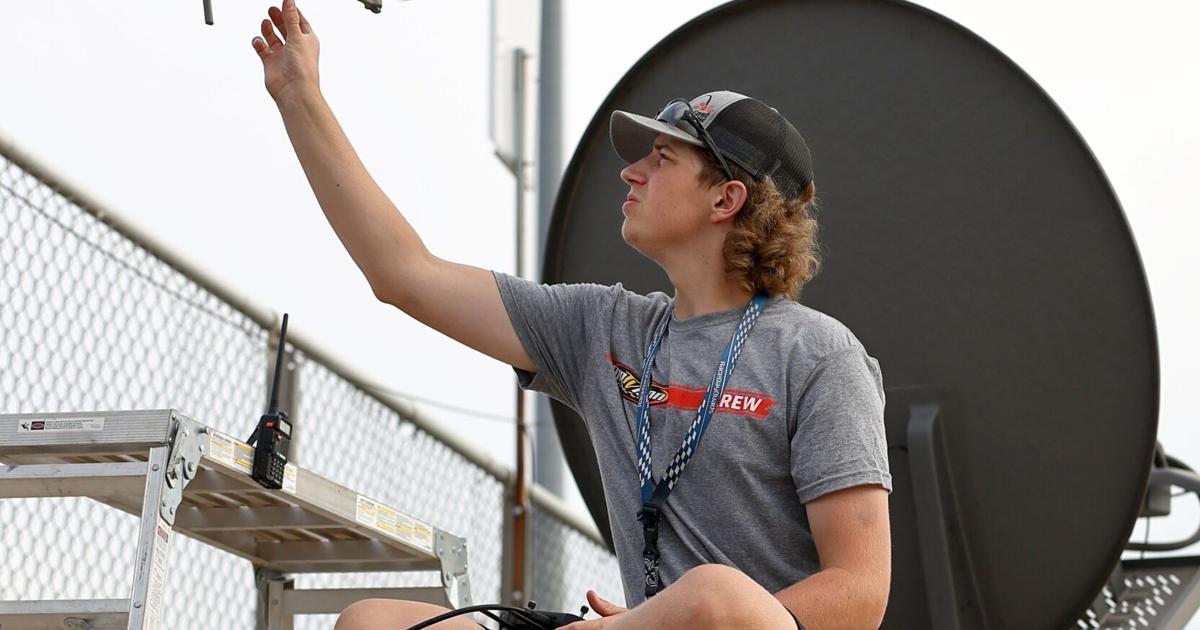 The 20-year-old from Collinsville launched his business, Metro East Drone Aerials, after his first semester of college. He’s paying for school by tailing stock cars with his tiny aircrafts, producing snippets of video that give a bird’s-eye survey of the high-octane sport.

“It’s a new view that hasn’t been around racing,” Maue says. “It’s just something that people are eager to see.”

The drone-service industry has taken off since the Federal Aviation Administration’s 2016 rule opened the skies to quadcopter entrepreneurs and hobbyists. The compact flyers have become easier to customize and control. Cameras are sharper. Battery life is longer. And experienced operators, like Maue, are showing the range of industries they can serve. The worldwide commercial drone market is expected to surpass $500 billion in revenue by 2028 from less than $21 billion last year, according to Grand View Research.