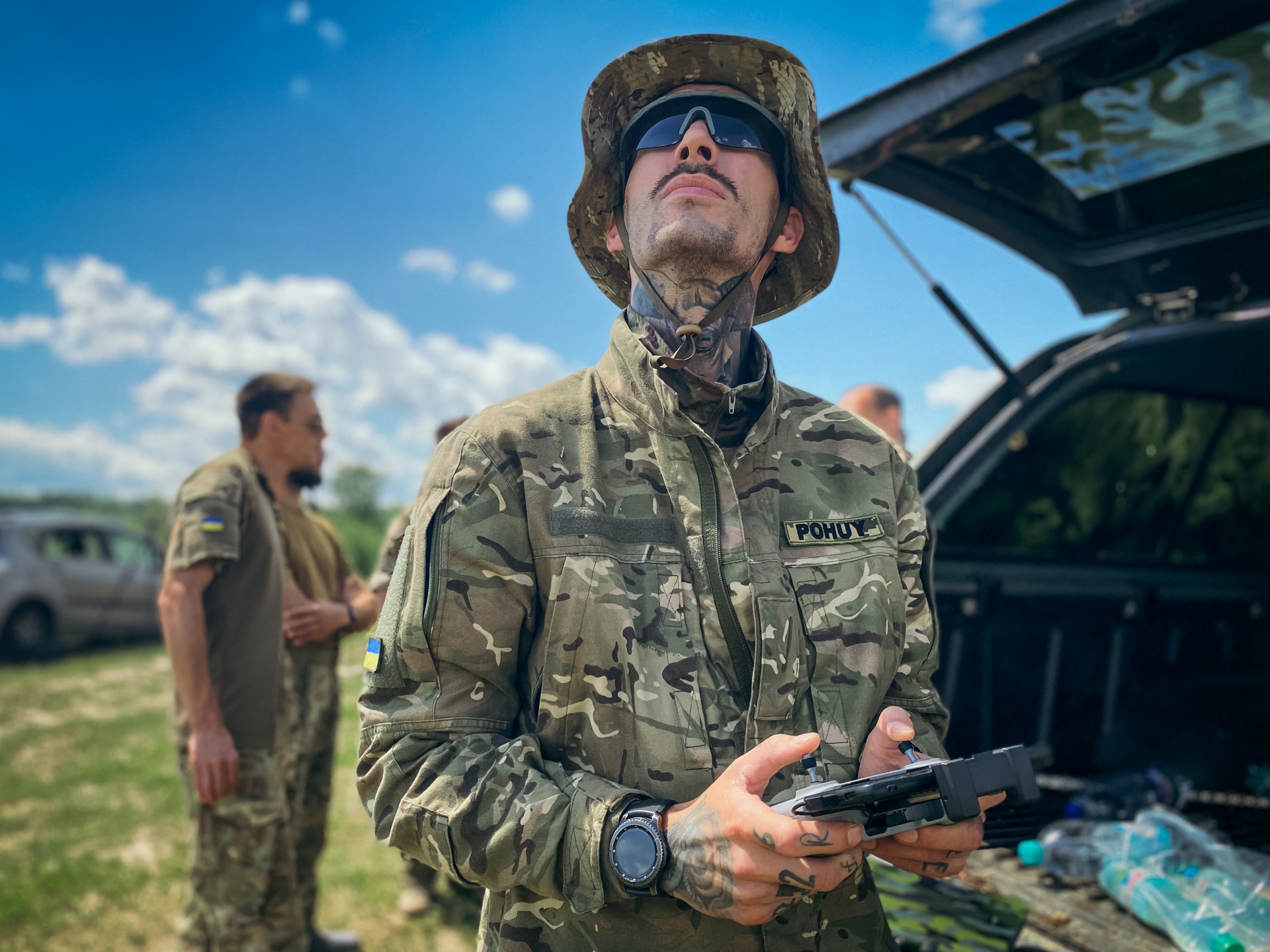 Ukraine’s President Volodymyr Zelenskyy has appealed for ‘dronations’ to build up the military’s aerial capabilities.

On the outskirts of Kyiv, troops are in training to be the tip of the spear in Ukraine’s drive to modernise its tactical response on the front lines of the war with Russia, through a significant expansion of its drone fleet.

Ukraine’s military does not have an official drone unit but the use of unmanned aerial vehicles (UAVs) has made it possible for Kyiv to conduct reconnaissance along the 2,470-kilometre (1,535-mile) front line, spotting Russian forces and equipment and remotely directing artillery fire against targets.

Drones save Ukrainian lives, but they are expensive and in short supply.

“Nowadays, it’s very important to have a drone in each battle unit because this is our eyes in the sky,” said Lieutenant Anton Galyashinskiy, a Ukrainian army expert in visual data analytics.

Galyashinskiy and nine of his fellow soldiers are learning to pilot…