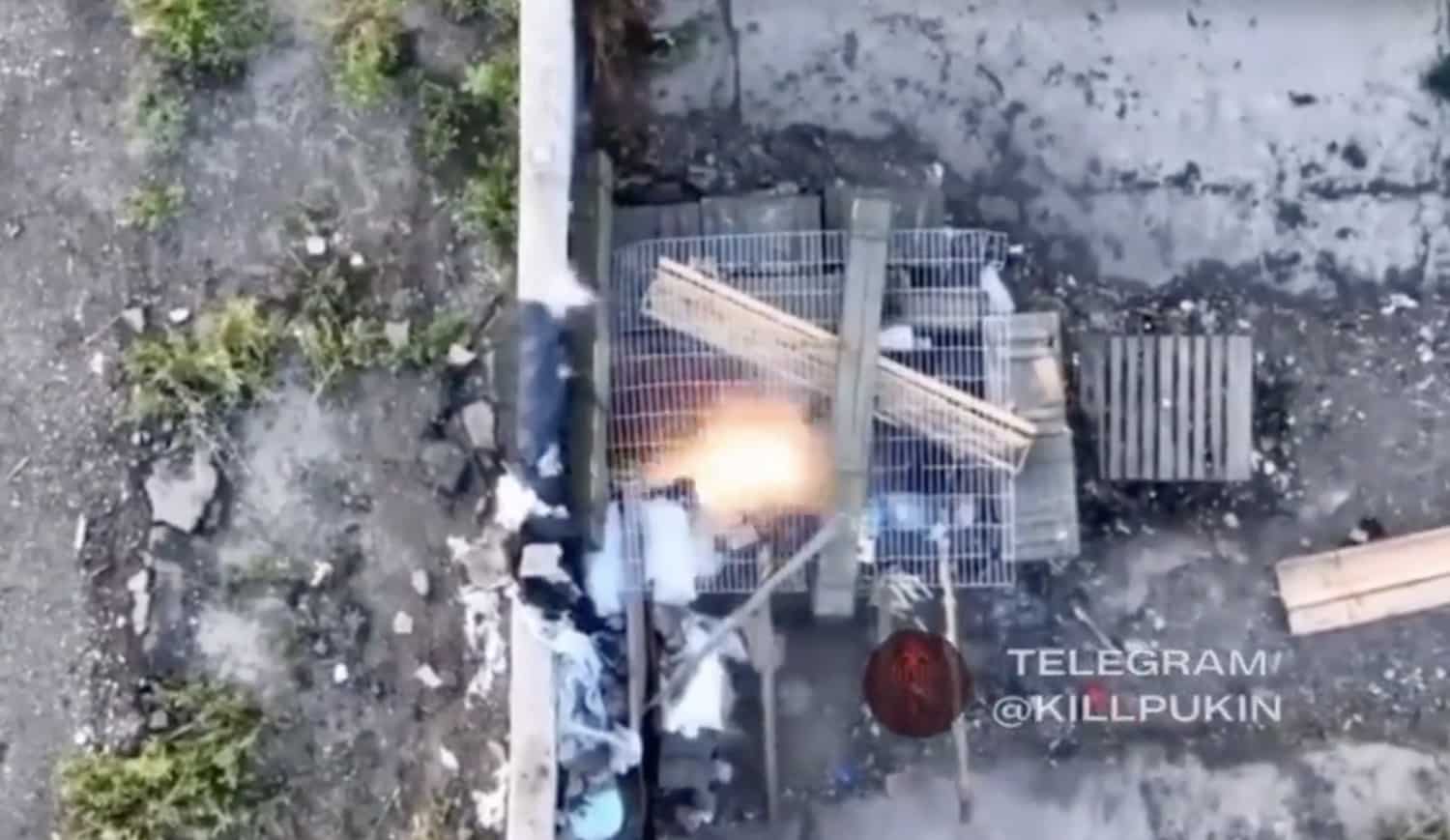 A drone, believed to be the DJI Mavic 3, drops a grenade on Russian troops hiding underneath a bridge in Ukraine.

It is not only the larger drones, such as the DJI Matrice 300, that can be lethal. Smaller unmanned aircraft systems (UAS) like the DJI Mavic 3 Pro can be used to drop explosives as well.

Check out this video that was recently shared on Twitter. The aerial footage shows Russian troops hiding underneath a bridge in Ukraine.

The drone operator has developed some serious skills and drops the grenade with deadly accuracy on top of the encampment.

The part of the Russian camp that extends from underneath the bridge seems to be an improvised kitchen area with a grating placed over the top that offered little protection.

The tweet accompanying the video reads: “A Ukrainian drone drops a F1 hand grenade onto a Russian camp partially under a bridge. Note the grating placed over the…