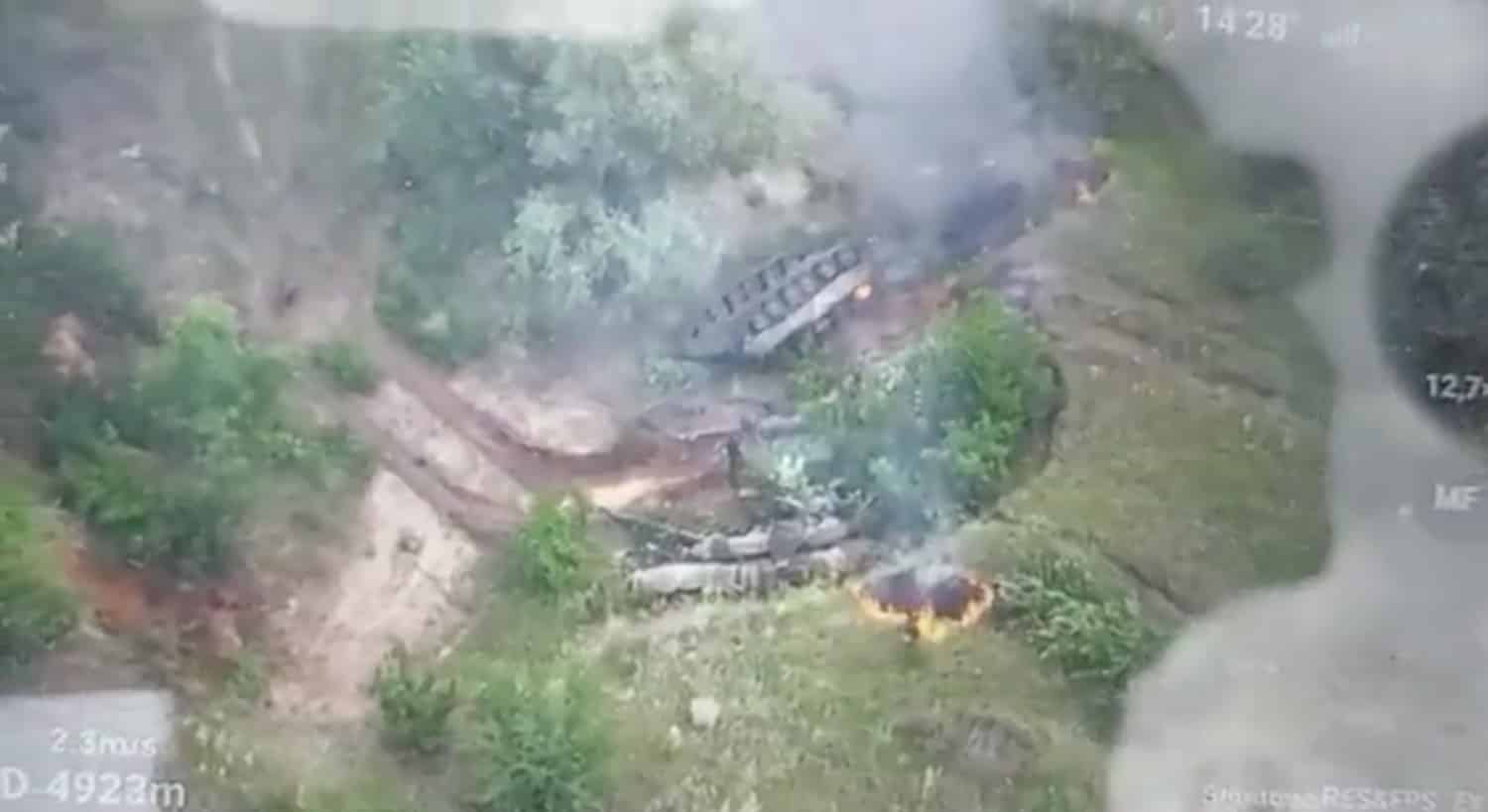 This video, seemingly shot with a DJI Mavic 3, shows four Russian tanks in a precarious position in a gully in Ukraine. One of the Russian tanks flipped over and caught fire, causing the nearby brush to burn.

The DJI Mavic 3 is widely used by both the Russian invaders and the Ukrainian Defense Forces.

The reliability of the DJI Mavic 3, in combination with the extended range, long flight time, and powerful zoom capabilities, makes it a very valuable drone during the war.

The video shows that the drone is flown with the basic DJI RC-N1 remote controller. in combination with a smartphone.

The DJI Mavic 3 flies in sport mode at an altitude of 260 meters (853 feet) and at a ‘safe’ distance of about 3 miles from the drone operator. The camera is digitally zoomed in 12.7 times.

As you can see on the smartphone display, the drone has no GPS connection during the flight in an effort to evade detection by the…