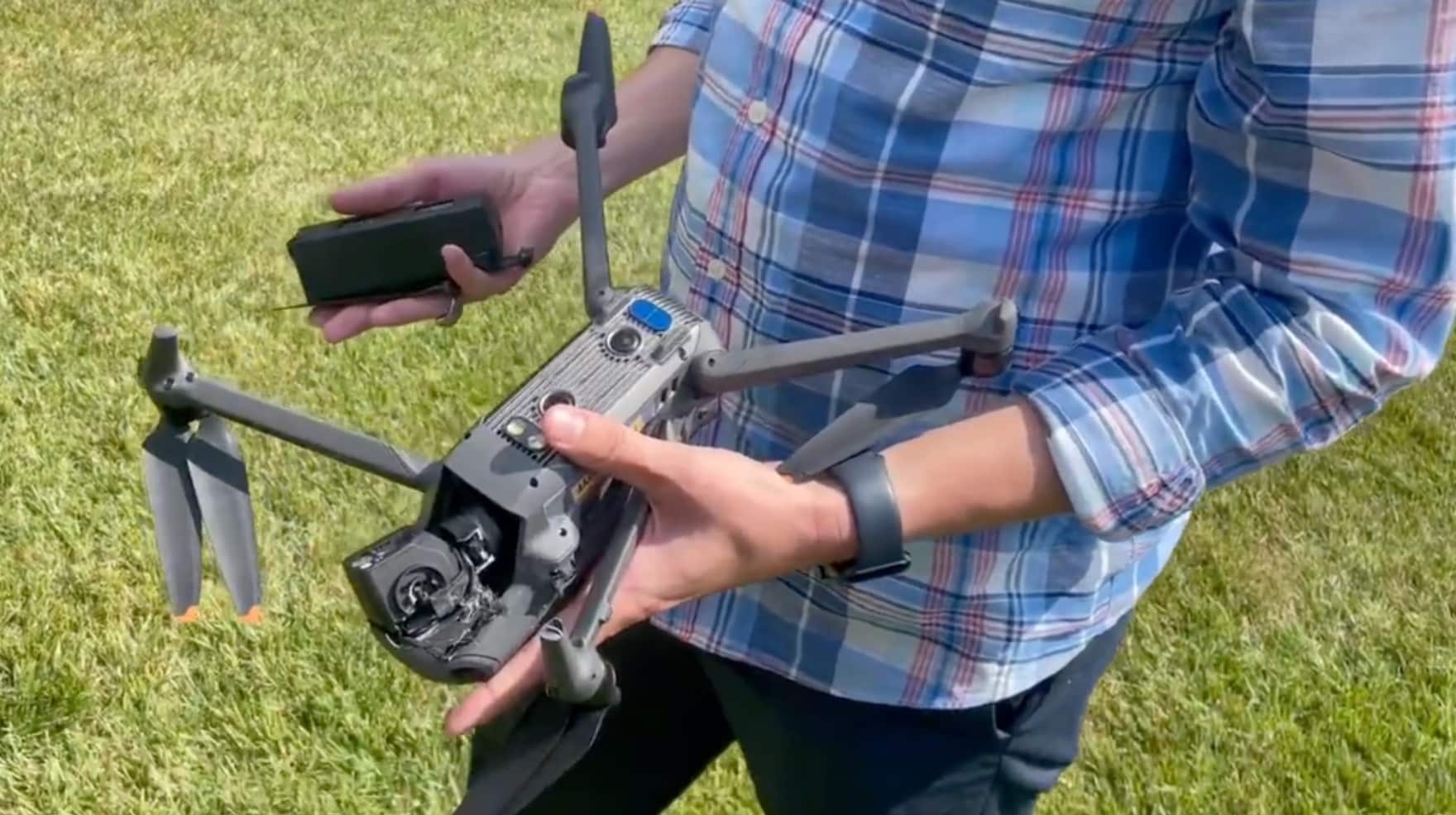 Deputies are investigating after a Burke County man’s DJI Mavic 3 drone was shot out of the air during a family gathering in North Carolina.

Drone pilot Dan Brand was trying to capture an aerial image of the Burke County’s mountains and sunset last Sunday when he suddenly heard four shots ring out and saw his drone falling from the sky.

Brand had more than a dozen family members at his home south of Morganton when the drone was shot at. Luckily nobody got injured.

“My wife, my baby, niece and so many relatives out here; so many things could have gone wrong,” Brand said.

As you can see in the photos and video, the DJI Mavic 3’s camera and lens are severely damaged.

The sheriff’s report states that the drone sustained $3,000 in damage as a result of the buckshot hitting the unmanned aircraft’s body and camera.