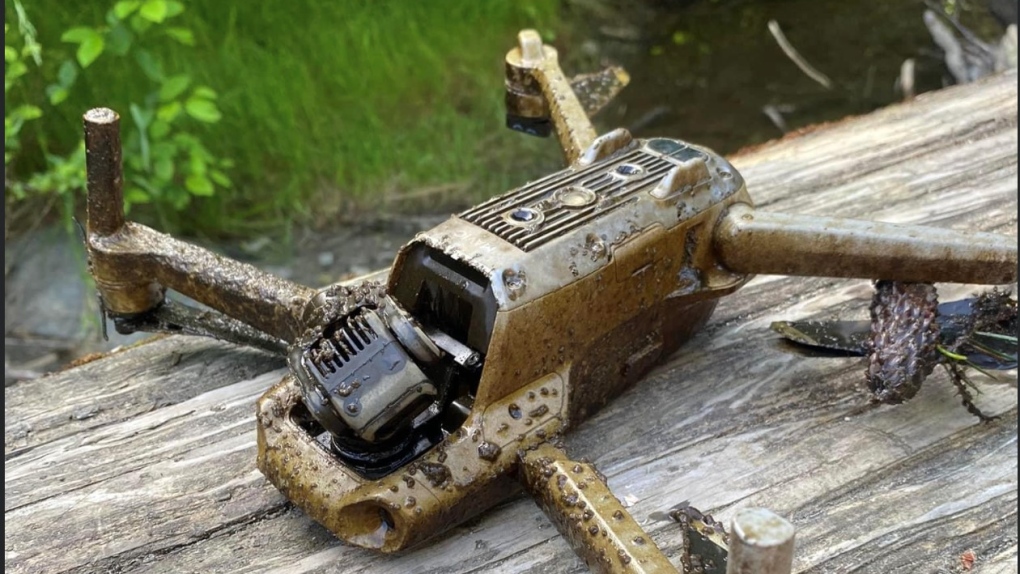 It doesn’t have a black box flight recorder, but two Campbell River, B.C., men are hoping they’ll be able to find out what caused a drone they recently discovered to crash, and who the device’s owner may be.

Nathaniel Gatzke posted images on Facebook of the drone that he and his brother came across on June 25 when they were looking for lost fishing lures.

The drone was spotted near the campground along the Quinsam River.

“It was just above the confluence of the Quinsam and the Campbell rivers by about 200 yards,” said Gatzke.

“It was actually right in the middle of a seam in the river. We were trying areas where trout and steelhead would be sitting, especially in the wintertime, and we ended up stumbling across it and thought, ‘What is this?'” he said.

The drone appears to be a DJI A2S Quadcopter and was found under the water, and definitely appears to have seen better days, says Gatzke.

“It had algae all over it, like the exterior of it,” he…