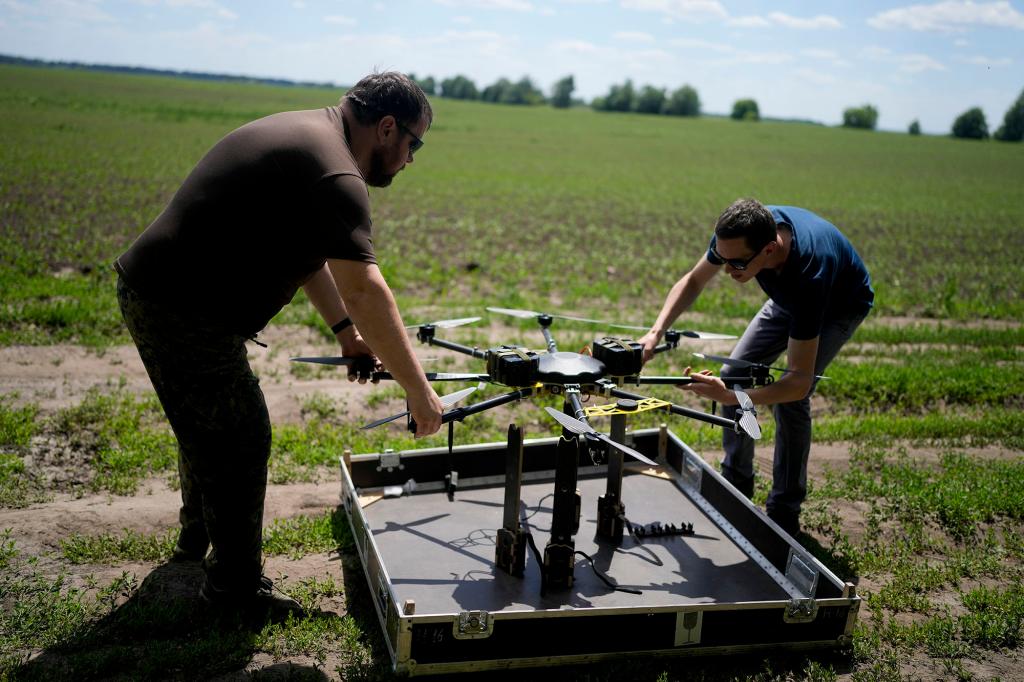 Desperate Ukrainian inventors and scientists have increasingly turned to homemade tech, including drones and jammers, in a stop-gap effort to keep invading Russian forces at bay.

“We’re just trying to save lives,” a Kharkiv-based engineer calling himself “Kulibin” told the Sunday Times of London. “That’s the most important thing.”

A loose network of Ukrainian tinkerers is buying up drone parts online and pumping out signal jammers with the help of 3D printers.

One group of science students in Kyiv is gathering used e-cigarettes and repurposing them as drone batteries. Others are creating jerry-rigged targeting software and antennae.

Both Russian and Ukrainian forces rely on commercial drones, using them as deadly reconnaissance tools amid the relentless artillery battles raging in the eastern part of the country. The tech has made for precision targeting: Ukrainian fighters expect to be hit by Russian counterstrikes just two…