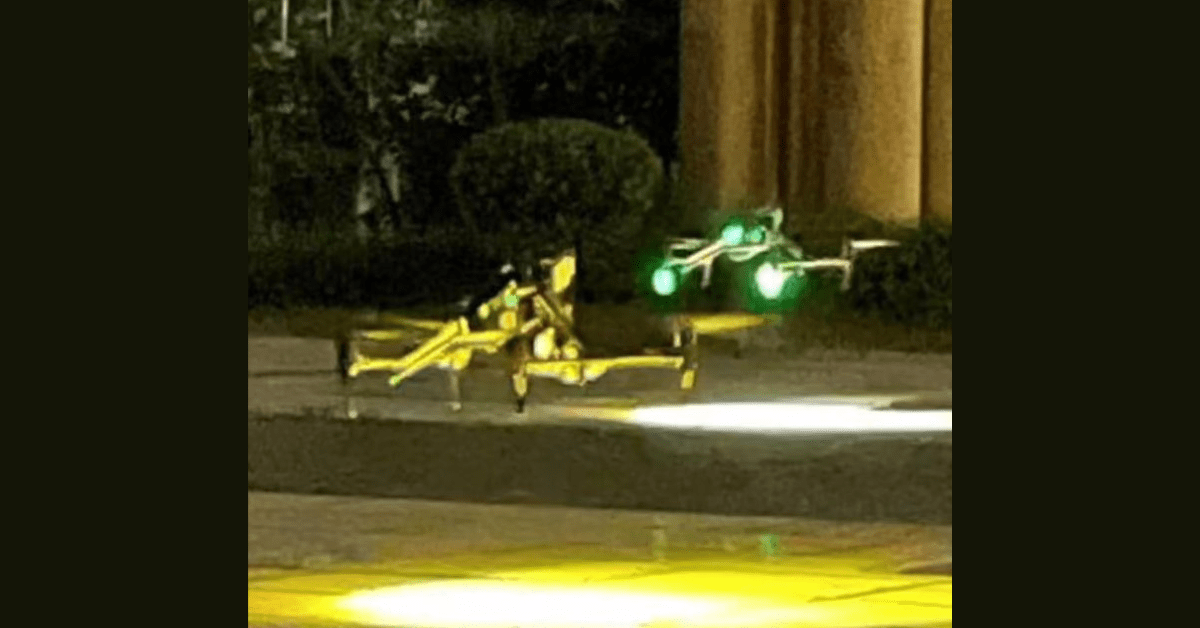 A new photo of what’s supposed to be DJI’s best filmmaking drone has leaked online.

The nighttime image, shared by notable leaker OsitaLV over the weekend, gives us yet another sneak peek into the rumored Inspire 3 drone that’s expected to launch later this year around September.

Two aircraft are visible in the photo, which has led to speculation that DJI may release two versions of the upcoming Inspire 3 – just like the company did with the Mavic 3 prosumer drone.

And while this photo by itself may not reveal a whole lot about the professional drone, it’s probably the first time we are looking closely at an Inspire 3 which hasn’t been banged up by testers.

We have previously seen the drone in a short video from a field test – that video was shared by leaker DealsDrone and corroborated by OsitaLV, wherein the latter explained that the drone would be compatible…