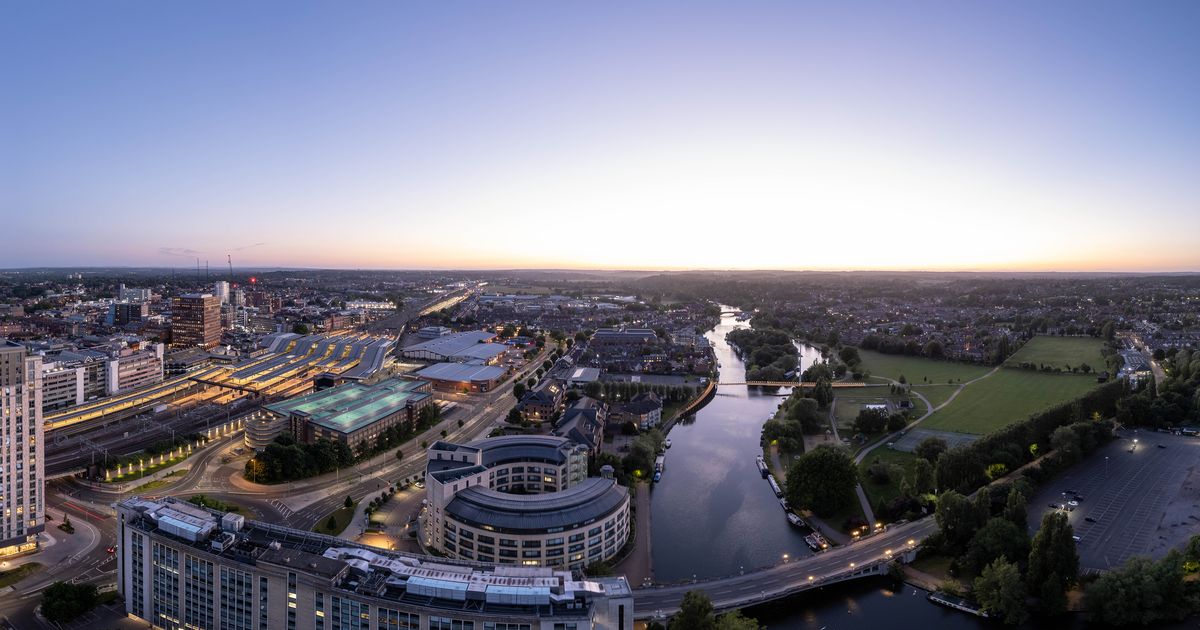 It may have failed in its bid to be named a city, but Reading boasts an enviable skyline that rivals the likes of London and Liverpool. Photos captured by a drone over the town show off Berkshire’s jewel in all its glory after sunset.

Captured by James Singleton, of JSAerial, the photos show Reading’s landmark buildings from a different perspective, with the River Thames looking stunning as it snakes through the town.

Visible in the photos are well-known buildings and structures, including Reading Bridge, the town’s train station and more. There’s a view of the SSE headquarters on Forbury Road as well as the buildings that other major companies call home.

Read more: Reading named easiest ‘city’ to drive in the UK – and praised for lack of congestion

Panoramic views of the town show Reading Bridge and Christchurch Bridge in all their glory. Fry’s Island can also be spotted.