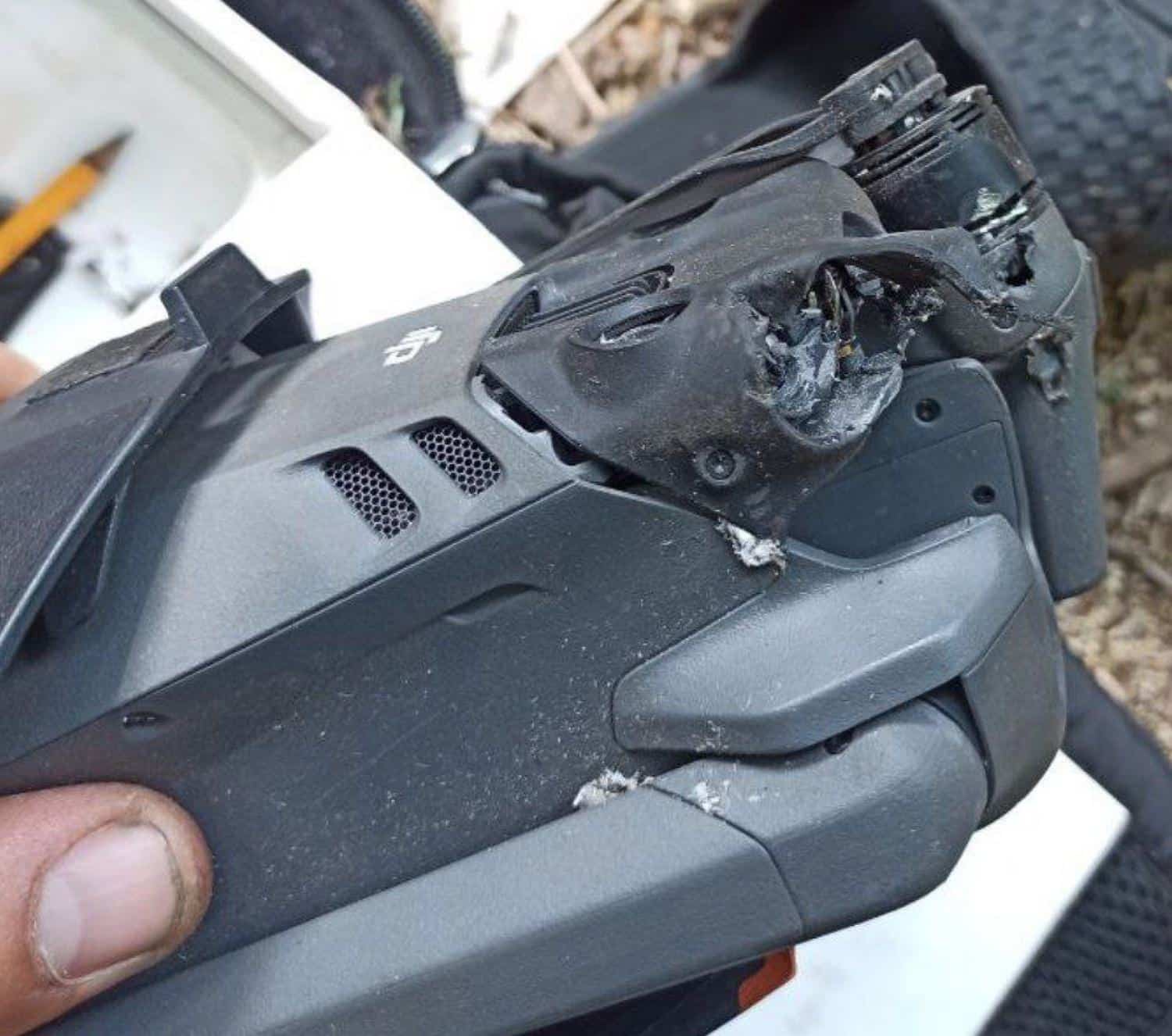 A DJI Mavic 3 is hit by shrapnel after an IED goes off and saves the life of a Russian soldier, according to a report shared on social media.

Marzoev Oleg Stanislavovich, a reserve officer of the Russian army explained on Telegram that Russian troops were ambushed and that a radio-controlled land mine detonated.

The photos show a severely damaged military truck as well as a back containing a heavily damage DJI Mavic 3 drone.

“The quadcopter, which was in a backpack on the back of the scout, saved his life by taking on the fragments,” Stanislavovich says. “The serviceman has a slight concussion, but he did not leave the battle, he continues to perform tasks.”

The DJI Mavic 3 had reportedly served the Russian army for months and was originally bought with funds from the sale of a Harley Davidson motorcycle.