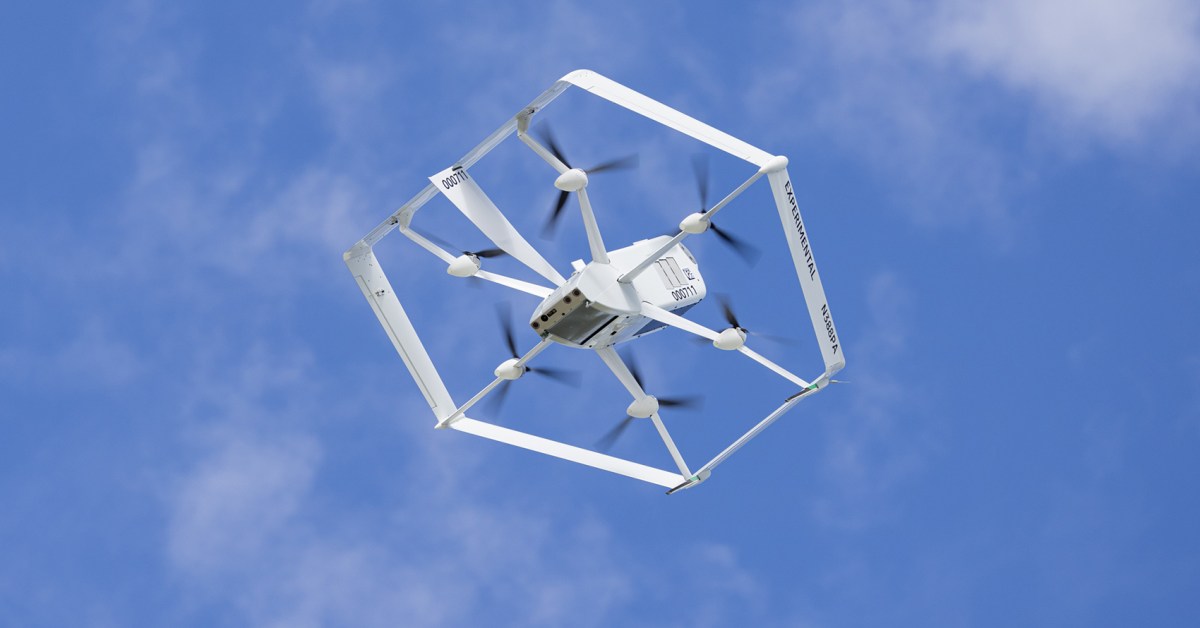 Don’t look now, but Amazon’s beleaguered drone delivery program, Prime Air, is finally beginning to show signs of life. The company announced today that customers in Lockeford, California, will be among the first in the US to see Amazon drones delivering packages in their backyards.

The service is expected to launch sometime “later this year,” once Amazon receives the green light from the FAA and the local officials in Lockeford.

Acknowledging that it has been working to make on-demand drone delivery a reality for almost a decade now, Amazon also provided an explanation of sorts for why the program hasn’t taken off yet.

“Since the inception of Prime Air, we have designed, built, and tested many drones. In fact, we’ve created more than two dozen prototypes,” the company said in a post, adding that it’s relatively easy to use existing technology to fly a light…