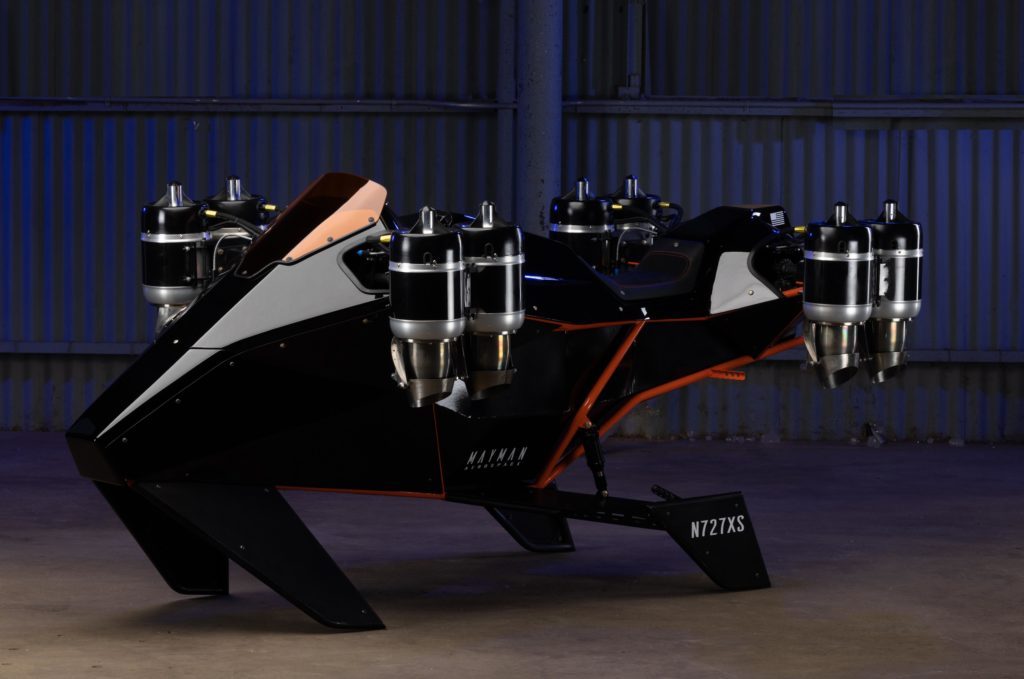 The P2 Speeder vertical takeoff and landing (VTOL) vehicle garnered a great deal of interest from Summit attendees, including host Tim Draper, with many taking a seat on the prototype for a glimpse into the future of flight.

Roughly the size of a motorbike, the P2 Speeder prototype features eight jet engines. The final version of the aircraft is being designed to lift up to 1000 lbs and reach a range of 400 miles, as well as hit speeds of more than 500 mph while in unpiloted cargo mode. The P2 Speeder is Mayman Aerospace’s third full scale prototype, and is set to start carrying out initial remote controlled test flights in Q3 2022, with piloted tests expected…