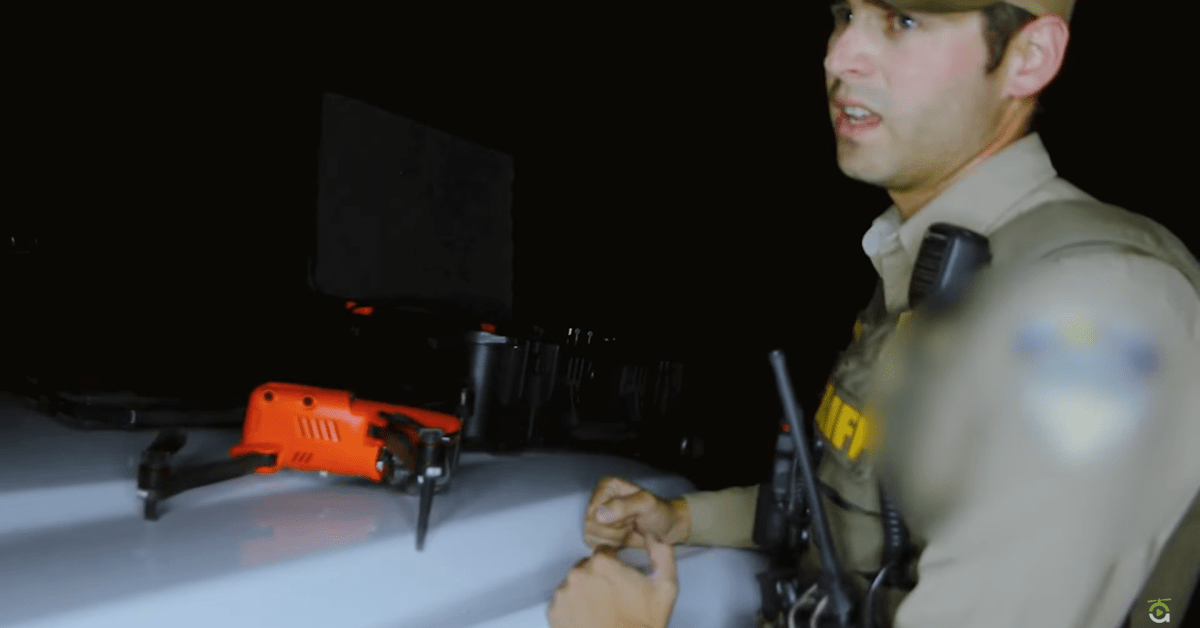 An Autel EVO II Dual thermal drone saved the day for a Nevada sheriff’s department when a suspect fleeing into the cover of darkness could be located because of his “heat signature.”

The incident took place while the sheriff’s department was working with California-based UAV dealer Advexure to implement a drone program. Sheriff’s deputy and remote pilot Nick Greenhut happened to be using a leased Autel drone to watch the vehicle of the suspects while the ground team arrived to arrest the two men.

While one suspect was apprehended pretty quickly, the other fled the scene on foot into the night.

Typically, when that happens, the person running gets away because there’s not a great way to maintain visuals in the dark. However, Greenhut used the EVO II’s thermal camera to explore the area until he found the suspect attempting to hide behind a tree. Greenhut locked the drone’s sight in on the man until backup arrived to arrest him.