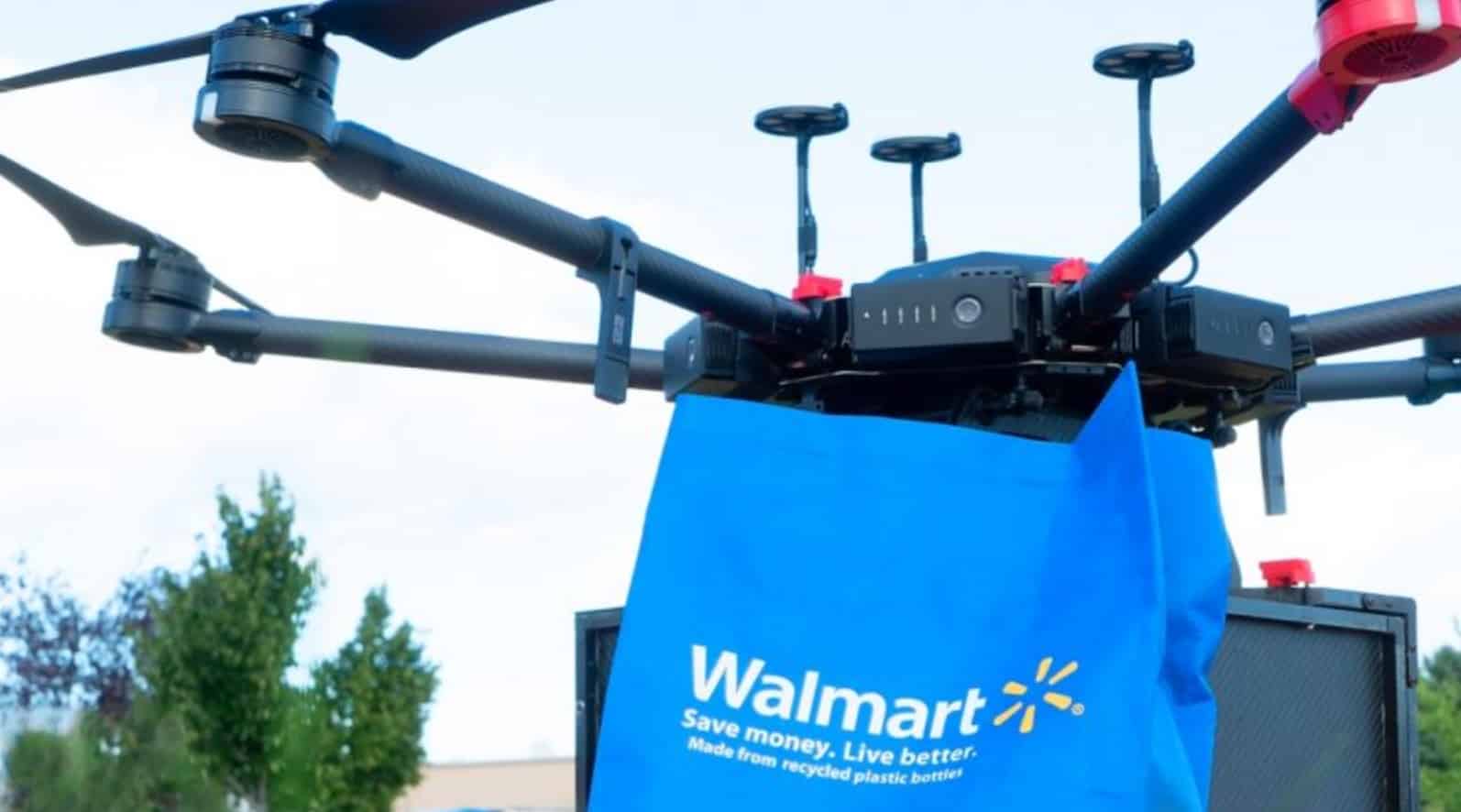 American supermarket chain Walmart is expanding its drone delivery service to reach four million new households in six states (really?). Together with its partner, DroneUp, Walmart expects to make more than a million drone deliveries per year. The cost to the customer is $4 per package, with a maximum weight of 10 pounds.

As early as 2015, Walmart first thought about drone delivery as a new delivery method. The company did not actually start drone delivery until December 2021, in three cities in the US state of Arkansas. To this end, the retailer entered into a partnership earlier that year with the startup DroneUp, which has a large network of certified drone pilots. They oversee the flights as long as fully autonomous flying is not yet allowed under American regulations.

With the expansion announced this week, Walmart plans to offer drone delivery at 34 locations in the states of Arizona, Arkansas, Florida, Texas, Utah, and