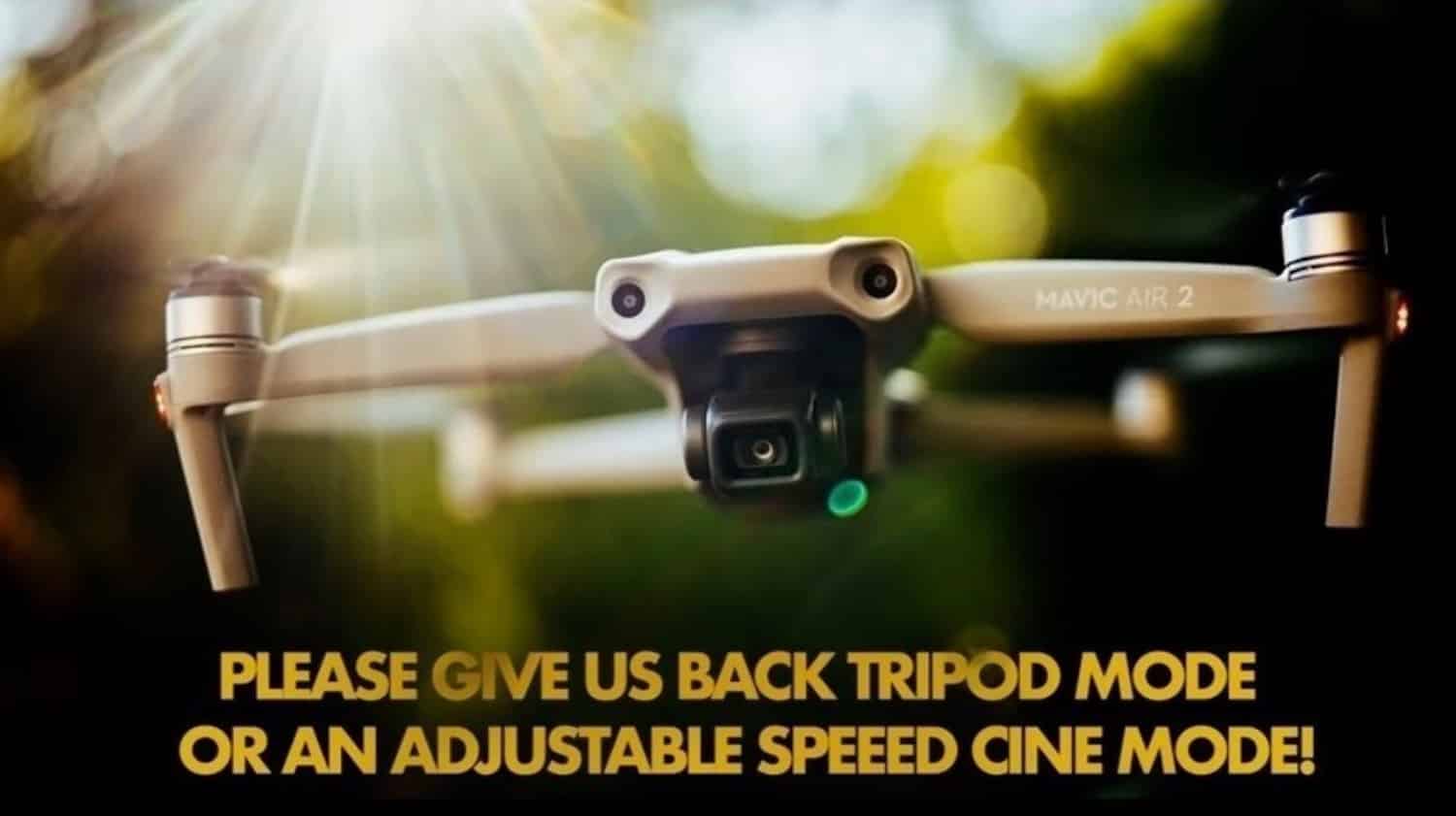 Philip Bloom announced that the missing feature on many recent DJI drones, also known as Tripod Mode will come back in the form of an adjustable speed Cine Mode!

Petition to bring back Tripod Mode

Filmmaker and drone pilot, Philip Bloom recently started a petition to persuade DJI to bring back the missing Tripod mode on its most recent drones.

When using the Tripod Mode, the drone would not only fly slower but the aircraft would also be less sensitive to stick inputs from the operator. This feature provided additional confidence for pilots to fly their DJI drones closer to obstacles as they were less afraid of crashing the aircraft.