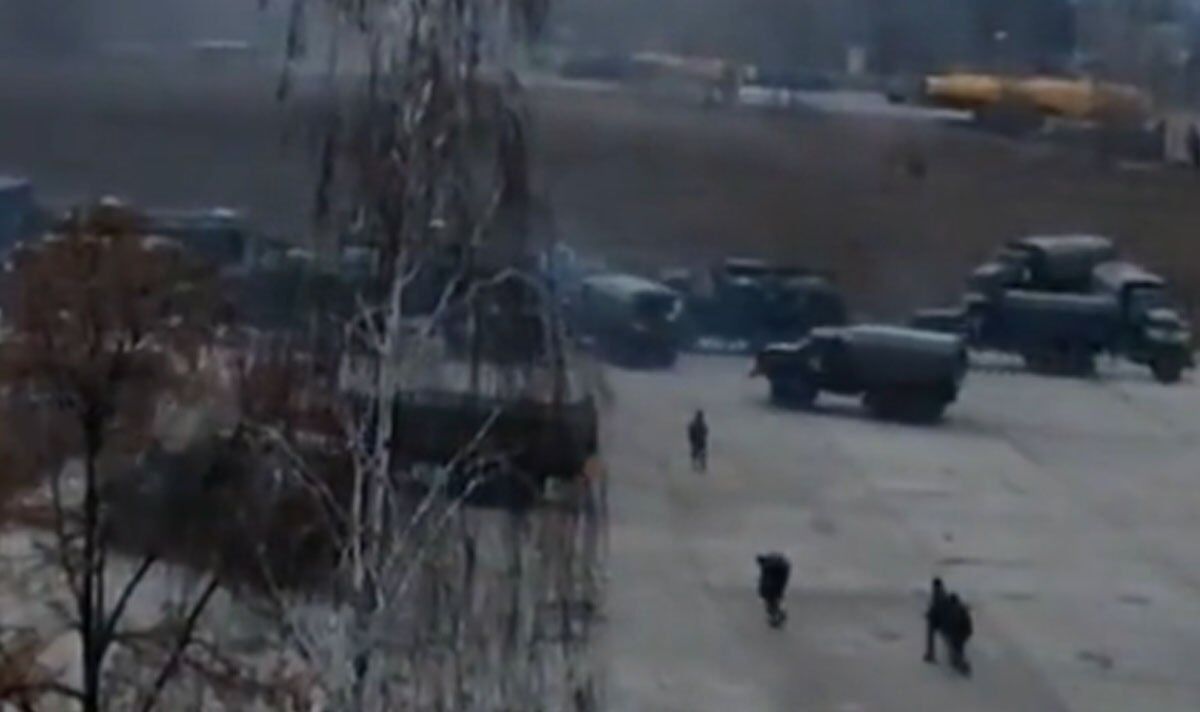 Ukrainian quadcopter UAVs opened fire on Russian equipment and soldiers at Antonov Airfield, northwest of Kyiv. Footage captured the moment artillery rained down on dozens of V-marked vehicles which used the open area as a base. A Russian source is claimed to have criticised the first aid kits given to soldiers.

They wrote on Telegram: “Te could not destroy them because there was no C-UAS EW systems to stop them so we had to shoot them.

“After eliminating one enemy cell, we began to examine the bodies and looked at a set of their first aid kits that are issued.

“I have already raised the topic of first aid kits, but I will still say that the higher authority needs to reconsider this moment, because you can fight without pants with knee pads, combat shirts, but a fighter is not a fighter if he does not have quality medicine and shoes.”

Meanwhile, Russian troops were slowly advancing towards the city centre in Sievierodonetsk, a regional governor said on Tuesday, giving an update from a…