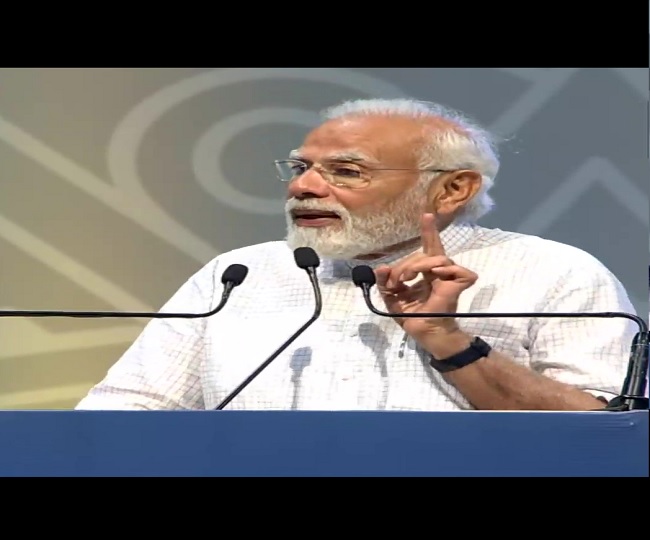 New Delhi | ANI: In a veiled attack on Congress, Prime Minister Narendra Modi on Friday said that efforts were made to make technology “anti-poor” during the tenure of previous governments and added that his government has started implementing new mantras of good governance in India over the last eight years. Lauding the enthusiasm that is being seen in India regarding drone technology, the Prime Minister said that India has the potential of becoming a global drone hub.

Addressing a gathering at India’s biggest drone festival in the national capital, he said, “During the tenure of earlier governments, technology was considered as part of the problem and efforts were made to make technology anti-poor. Due to this, there was an atmosphere of indifference regarding the use of technology in governance before 2014. The poor, deprived, middle class suffered the most.”

India has the potential of becoming a global drone hub. Speaking at Bharat Drone Mahotsav in New Delhi.