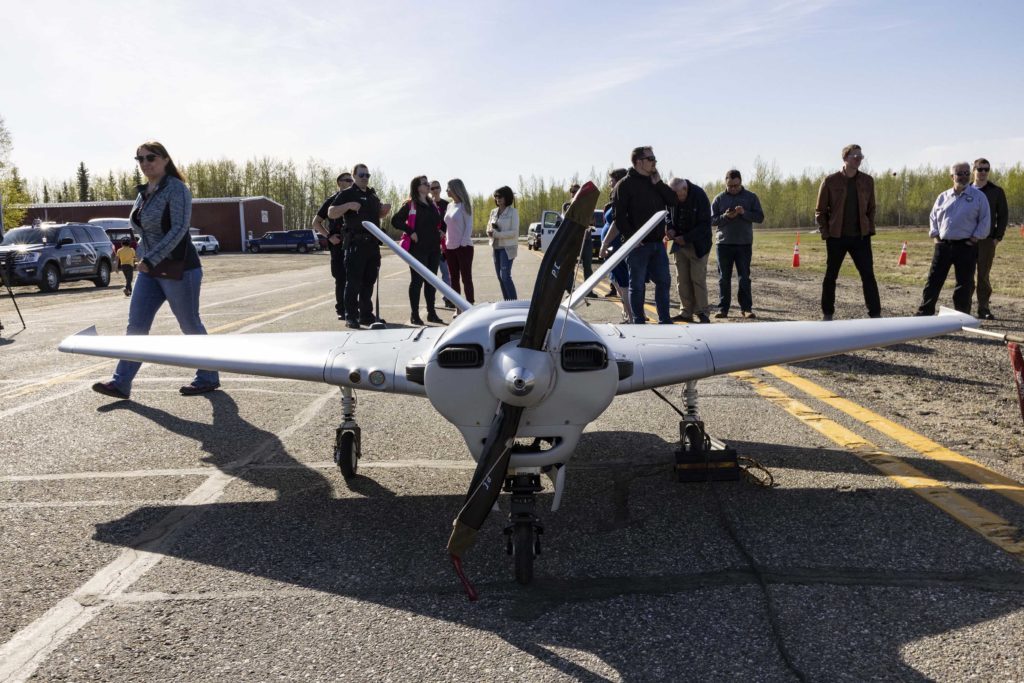 Last Sunday, the University of Alaska Fairbanks flew an unmanned aircraft from the general aviation area of Fairbanks International Airport, marking the first civilian large drone operation from an international airport in Alaska. The flight was the result of years of preparation and coordination with both the airport and the Federal Aviation Authority.

The UAF Alaska Center for Unmanned Aircraft Systems Integration’s 280 pound Sentry aircraft took off from the airport’s general runway, following a designated flight path used for departures, arrivals and runway approach practice. The aircraft was controlled remotely by ACUASI personnel inside the airport’s ground control station, from which they communicated and complied with air traffic controllers just as other general…