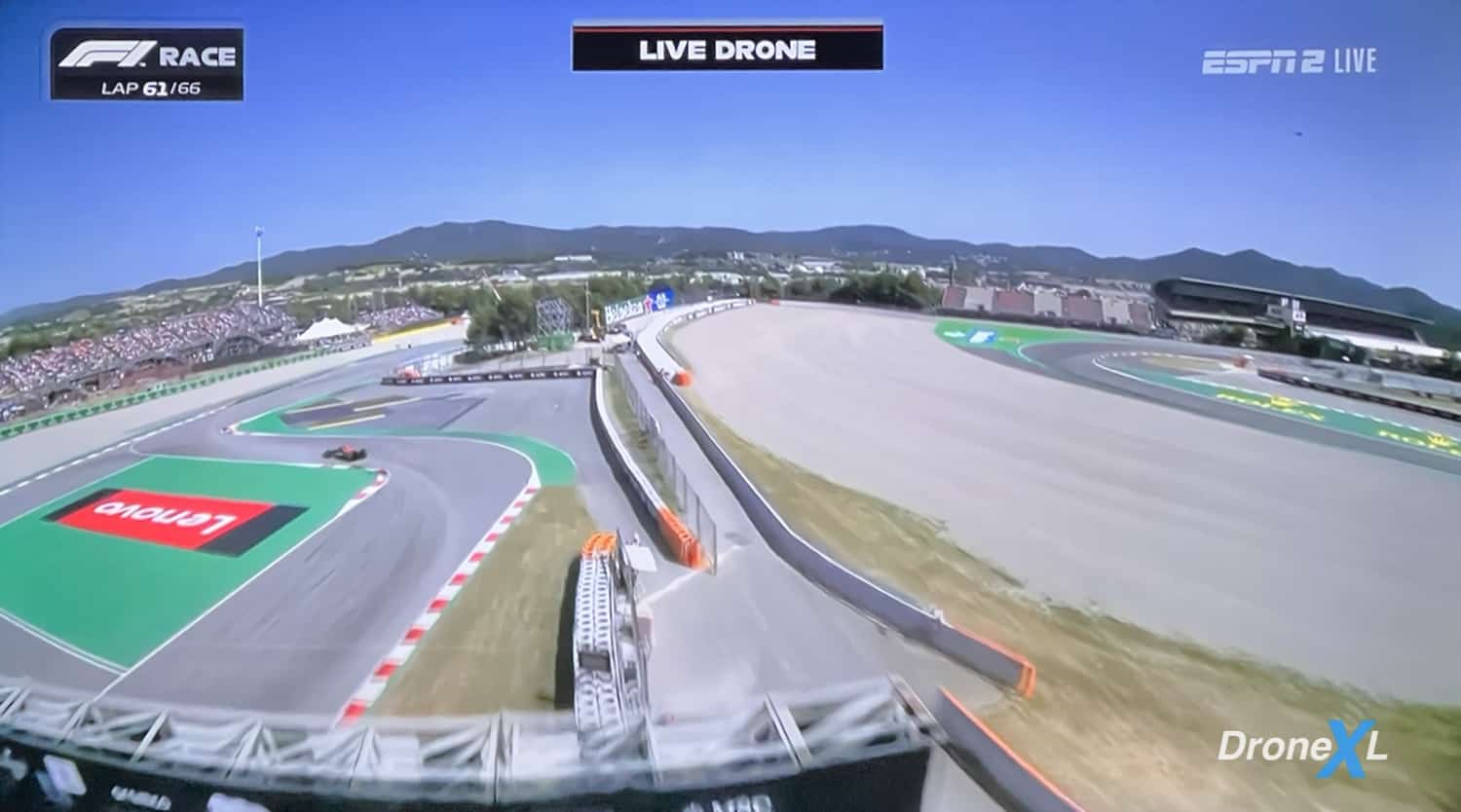 Today, a Formula One FPV drone captured Max Verstappen’s win during the Spanish Grand Prix. It is the first time that an FPV drone has been used during a live race event in the highest class of international open-wheel single-seater formula racing.

The drone had been used earlier in the weekend as well during practice sessions.

Not everyone is happy about Formula One FPV drone

Last year, Formula One was praised for introducing the revolutionary helmet camera. However, this time around the feedback on the Formula One FPV drone shots is not all positive.

On Twitter, many folks concluded that the FPV drone shots are awful and don’t add anything to the race coverage. I think they are right.

All of the other footage, except maybe the helmet cams, is of much higher quality. Looking at the quality of the aerial footage, It seems that the Formula One FPV drone is outfitted with a simple GoPro camera.

To match the high-quality coverage of the…