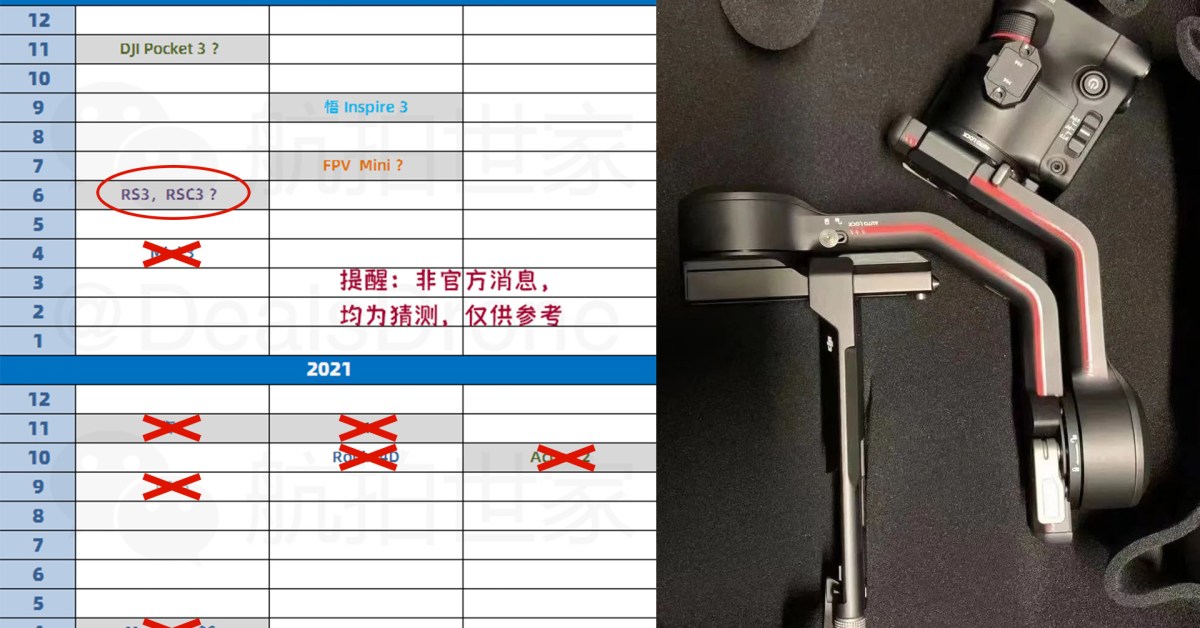 The DJI RS3, according to leakers, is the next product we expect the company will release this year. The first photo of DJI’s RS3 has surfaced, showing what looks to be a finished product.

The leaked DJI RS3 photo by DealsDrone shows that it will look pretty much the same as the RS2 did. Unfortunately, DealsDrone’s photo only shows the gimbal portion, leaving out the handle portion. But, don’t worry, all the cool stuff is in the gimbal section anyways, so what can we see?

Well, not much. The RS3 looks very similar to its previous iteration, which is probably a good thing for many. With a similar design, you won’t need to familiarize yourself with a new system. Allowing for videographers to own each and be able to switch back and forth between the two.

We do see a new switch added on the RS3’s right side of the control portion. Most likely for easy switching between different shooting modes….