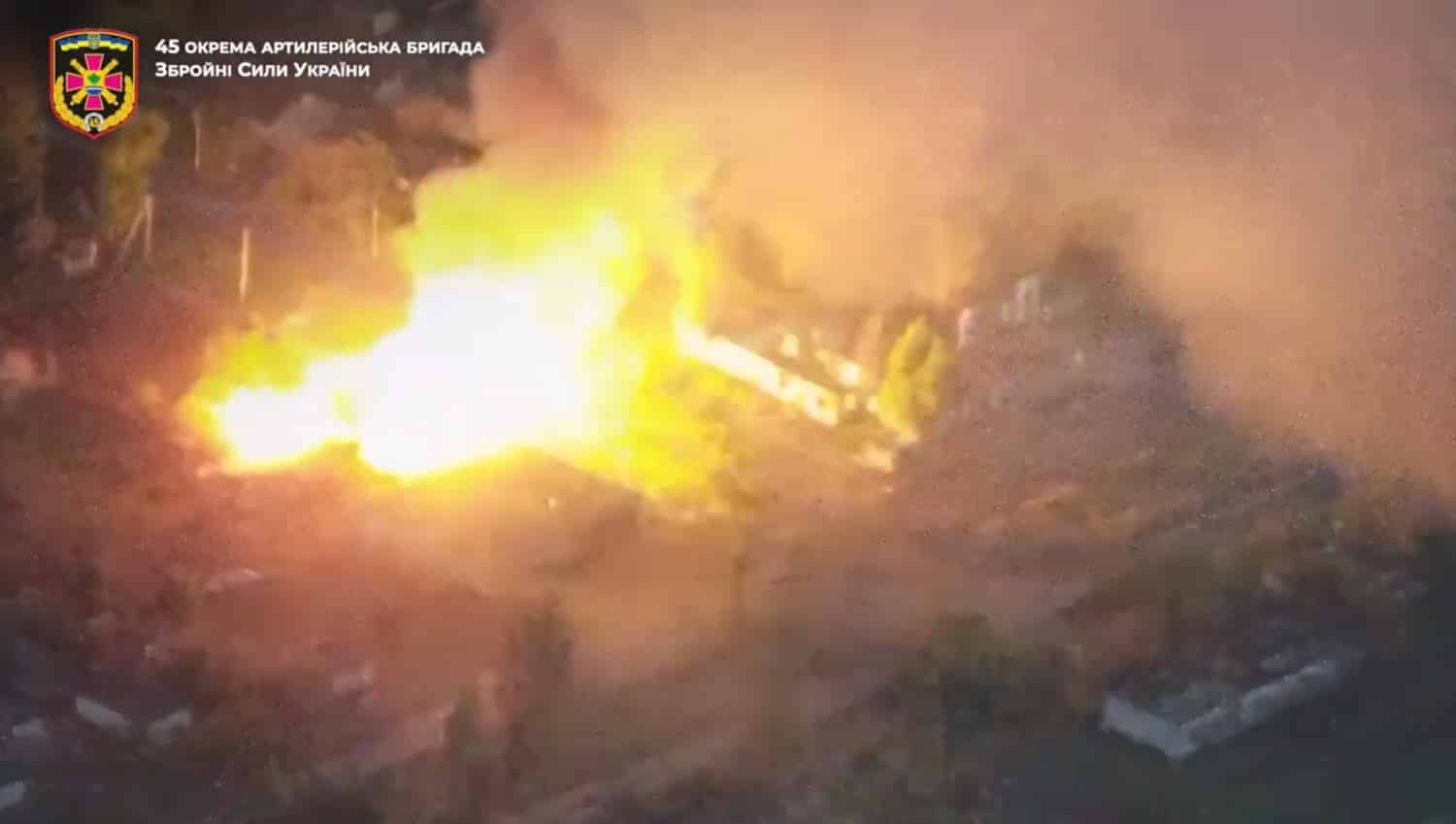 Recent drone footage that was just uploaded on Twitter by Blue Sauron reveals that the Ukrainian 45th Artillery Brigade was quite successful in destroying a Russian ammunition depot.

The clip has been geo-located to be in the vicinity of Novozlatopil, which is situated in Zaporizhia Oblast and is about 40 miles northwest of Mariupol.

During the conflict between Russia and Ukraine, we have seen unmanned aircraft drop grenades and other types of explosives.

As you will see in the brief video clip that we have provided here for you to watch, the explosion at the Russian ammo depot is quite remarkable.

Let us know in the comments below what you think of the use of drones in the Russia-Ukraine war.

Pass the test and take to the skies with the Pilot Institute. We have helped thousands of people become airplane and commercial drone pilots. Our courses are…