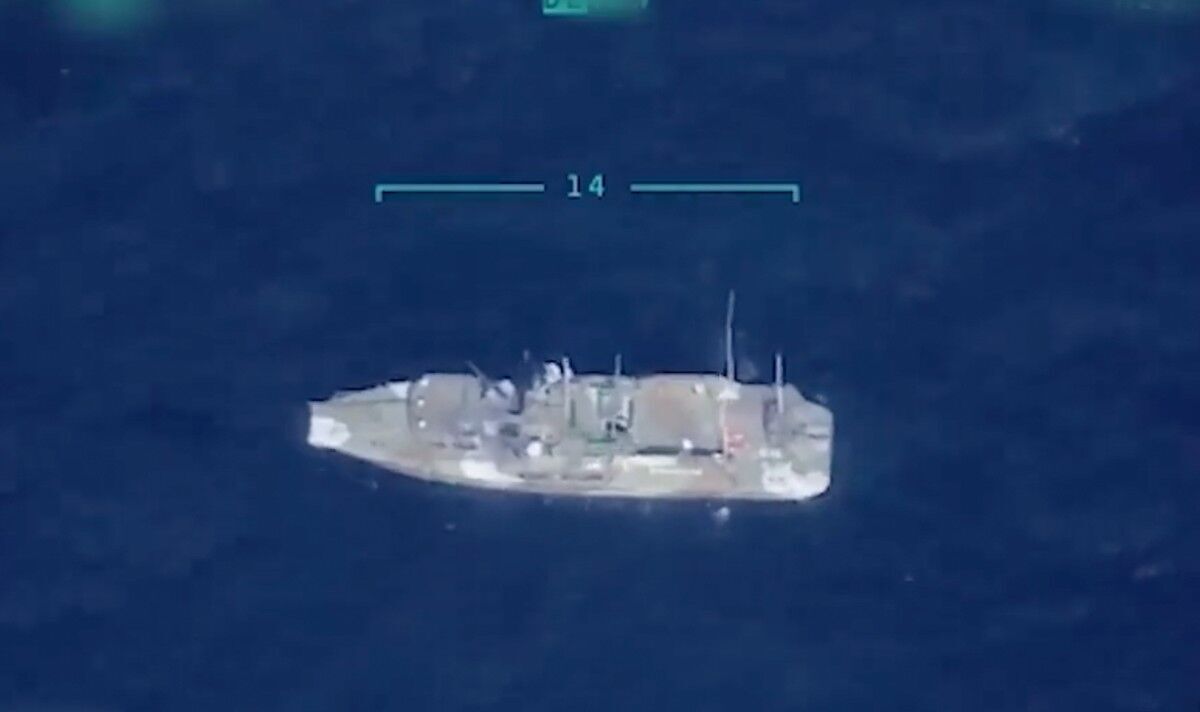 The dramatic and terrifying incident was captured by Ukrainian intelligence from an intercepted radio exchange between the soldier and his commander, who was based at the Crimea Navy HQ. The marine loses his cool and tells the commanding officer “it’s f***ed up” after his calls for help go unheeded. The Russian Raptor boats were attacked last Sunday as they patrolled waters off the strategically important Snake Island in the Black Sea.

The island was seized by Russian forces at the beginning of the war and has been hotly contested ever since.

Occupying the island allows the Russians to effectively control the waters, land and air in the north-west part of the Black Sea and in the south of Ukraine.

During the attack, two Raptors were taken out by missiles fired from Bayraktar TB-2 drones, leaving Russia’s navy with just 3 more patrol boats in the Black Sea.

As the third boat comes under another missile attack, the marine in charge furiously demands air support from his superiors.