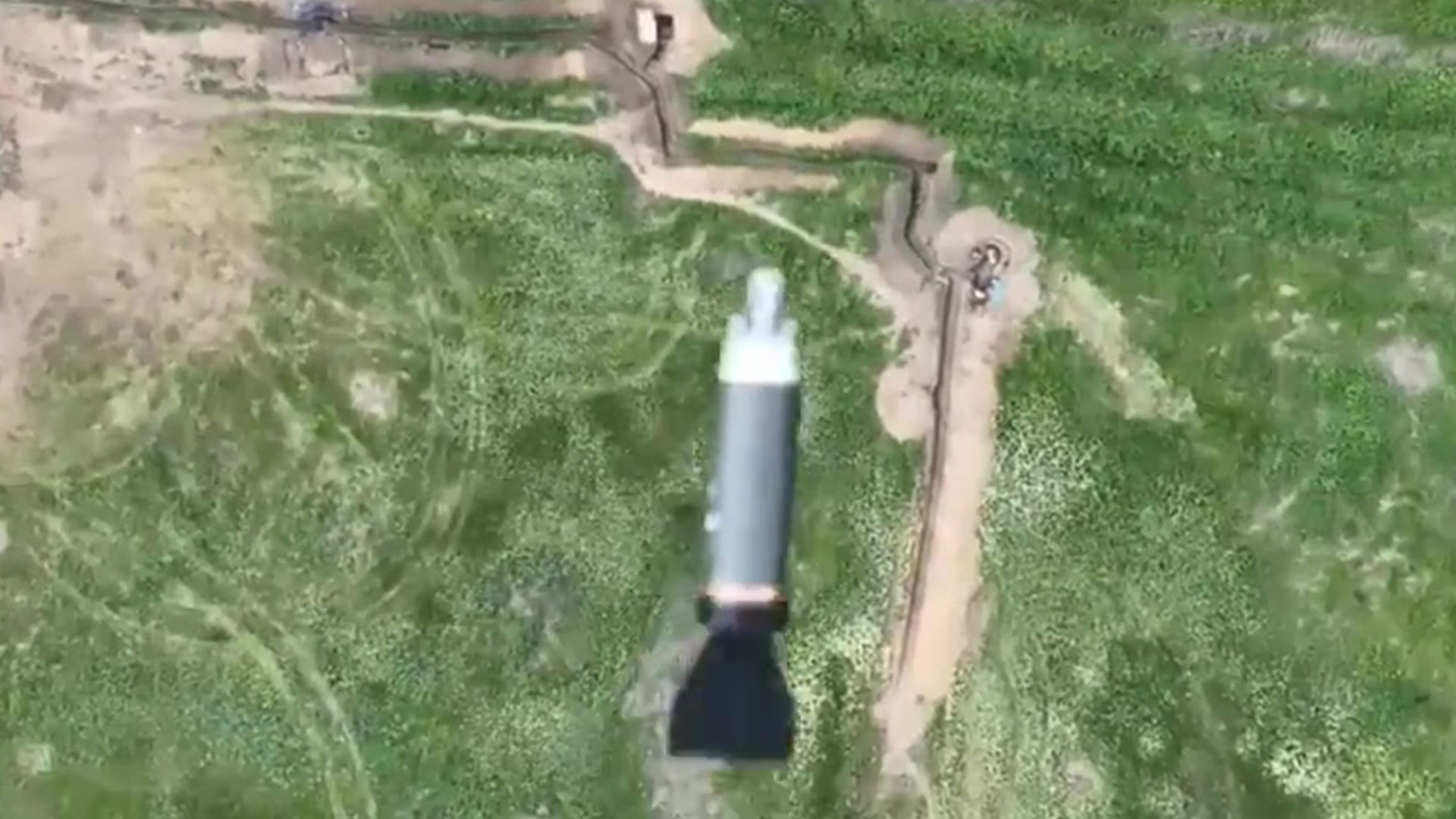 THIS is the dramatic moment Ukrainian defenders used a drone to blitz a trench where Russian soldiers were hiding.

Footage shows the bomb hurtling towards the ground as Vladimir Putin’s fighters attempt to scramble from their hideout.

Ukrainian soldiers from the 59th brigade of the Armed Forces pushing back against Russian troops in the Mykolaiv-Kherson direction used a light quadcopter type UAV drone to blast the enemy.

The clip shows the drone lining up above the target before the bomb is unleashed on the trench.

Two Russian soldiers can be seen trying to flee before the missile strikes the ground directly in front of one of them.